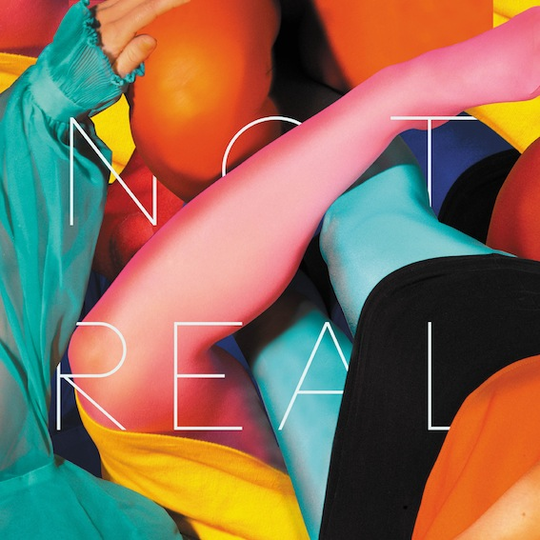 Hello, Drowned in Sound readers! This is a very special review, brought to you from the dim and distant past of the early 2000s, when those I Love 1980-whatever shows where all the rage. Transformers! Pacman! A Flock of Seagulls! What with Dutch Uncles’ splendid modern take on new wave, a new Madonna album, East India Youth channelling The Pet Shop Boys, a Twin Peaks comeback and Pins making post punk cool again, going back 25-30 years is all the rage.

All of which is a roundabout way of letting you know where Liverpudlians Stealing Sheep are coming from.

Buddies with the aforementioned Dutch Uncles – the three-piece performed backing vocals on the Mancunian quartet’s O Shudder – Not Real, Stealing Sheep's second album, comes from a similar place. Synth-heavy, inspired by glorious, shiny Eighties pop and full of funky hooks, the album moves away from the psychedelia of their début, Into the Diamond Sun in favour of something cynics might call contemporary pop critic-friendly.

Now, criticising a band for not making loads of money is probably the ultimate dick move in music-lover circles, so let me be a massive dick for a moment. Not Real has some good ideas, a bunch of catchy hooks, thrown into its opening half: ‘Deadlock’ is immediate and kinda thrilling, with its burping keyboards held back for maximum impact and the vocal harmonies flowing soothingly. But the thing is, the album sounds cheap. From the glossy Poundland production to the synthesisers that sound like Ross’s FX keyboard in that episode of Friends, this is the sound of a band making the most of a few good ideas on a shoestring. The problem is, that shoestring is neon green and sticks out like Ross’s overdone spray tan in that other episode of Friends.

Yeah, 'a few good ideas'. The first half of the album I can enjoy; it does nowt to lift its head above the flotsam, but it’s the kind of modern pop I’m into and doesn’t embarrass itself in the slightest. That’s the first half. From ‘Evolve and Expand’ onwards, the album does precisely not that.

You might notice that catchy little hooks are just about all I’ve praised Not Real for thus far and the problem is that those and the nice little melodies are abandoned after the turn. You’ve still got the spiky, odd rhythms and the cheap Casio keyboards (or whatever), but it’s almost as if there’s a change of influence:

Don’t pretend you know any other A-Ha songs. Too much of Not Real is nondescript and dull. It’s almost as if Stealing Sheep thought that recreating a sound from yesteryear was enough, rather than delivering any character of their own. The second half slides by listlessly, empty clouds of nostalgic nothing that fail to hold the attention.

It’s a shame, because Stealing Sheep are a likeable band with decent potential. But then stealing is taking from others and sheep follow the herd. With an album like this, the name really doesn’t help.