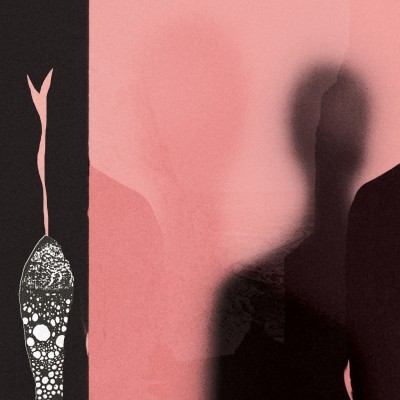 H Hawkline - In the Pink of Condition

Another day, another brilliant new Heavenly signing. Although little is known about H. Hawkline at this stage, international record collector, occasional DJ partner and hirsute head Andy Votel divulges that he is "from a family lineage that comprises of 70's radio DJ's and Welsh Horror movie stars". He continues: "H. Hawkline's own place in the limelight often cascades and intertwines with the likes of his close friends Cate Le Bon, Sweet Baboo and Gruff Rhys. As an adept multi-intrumentalist main vein Huw Evans claws his influences from a broad outernational record collection comprising of Faustian Krautrock, Welsh Damp Wave, Turk Jerk and South American pre-punk". An album of 'strange pop' (words borrowed from Huw) it's a controlled explosion of lazer-guided guitar melody - think a careering Television show or Pavement outside the original site of Spillers - and whip smart bi-lingual wordplay. Although reluctant to cite a shopping list's worth of influences, Huw nods to two permanent inspirations - the maverick U.S. author Richard Brautigan (the Hawkline name appropriated from Brautigan's 1974 'gothic western' The Hawkline Monster) and a just-turned-solo Paul McCartney (Huw namechecks 'Ram', an album coincidentally recorded when the once-and-future Beatle was also twenty-nine). From the former, a wistful ways with words - songs constructed as slices of life, surrealist observations on the everyday. From the latter - what else would one ask for other than a just smidgeon of MCCartney's six sense for abundant, tumbling melody?
description from www.roughtrade.com