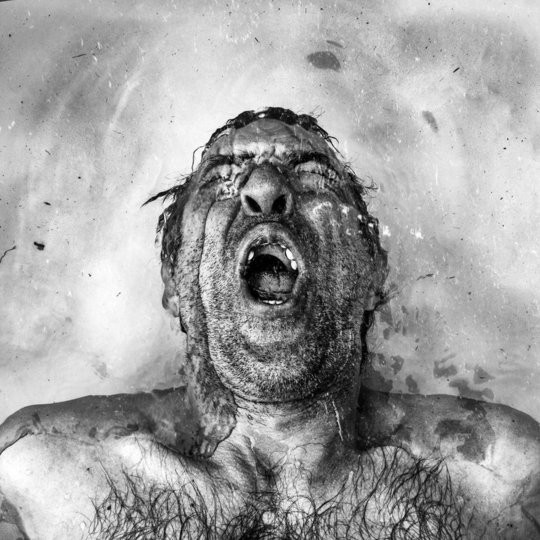 If prizes were awarded for perseverence in music, Spectres' name would be high on the shortlist. Having formed in the tranquil North Devon town of Barnstaple at the turn of the decade, their esoteric brand of incendiary noise rock couldn't get them a gig for love nor money, and when it did drew little more than puzzled stares from the locals. A two-hour journey up the M5 to Bristol several months later might not have brought an immediate change in fortunes, but it certainly gave them the impetus to continue challenging both themselves and their audience. It also brought them into contact with a select band of like minded personalities from various artistic backgrounds. Kindred musical spirits in the shape of The Naturals, Towns and Oliver Wilde. So eventually, two of the band started a label, Howling Owl Records. In the meantime, their own songs became more experimental with the emphasis mainly on sonic excess. Nevertheless, beneath all the white noise fuelled histrionics lurked an abundance of melodies. By the time of the band's third release and first for their own imprint in the spring of 2013, it was clear a perpetual storm was brewing over the South West of England. If the five tracks that made up the Hunger EP took the rest of the nation by surprise, their subsequent live shows in support of the release confirmed Spectres arrival in explosive fashion.

It was one of those live shows at a tiny pub in Dalston last year that brought them to the attention of revered independent imprint Sonic Cathedral, and just six months later, here is their debut long player in all its brutal glory. From the disturbing shot of a grimacing male seemingly experiencing the final embers of life to the ninety-seconds of industrial noise that opens the album in the shape of 'Drag'. As introductions go, it sets the scene dramatically for what follows.

Disturbingly cathartic yet unnervingly compelling, Dying is a record that demands to be heard from start to finish. Devoured until every last note of disheveled sonic ambivalence has subsided. While comparisons to the likes of My Bloody Valentine, A Place To Bury Strangers and Swervedriver are inevitable, it's testament to the album's creators that while channeling certain influences, they've honed a distinctly recognisable sound of their own. It's also worth mentioning the contributions of producer Dominic Mitchinson and mixer Pete Kember in ensuring Dying remains as close in stature to Spectres live show as possible. Indeed, it's difficult to imagine anyone having the audacity to tell Spectres to keep the noise down. However, what Mitchinson, Kember and band manage to achieve between them is to strike a balance between sonic assault and structured melody. Regardless of their propensity to go "one louder" at every available opportunity, Spectres also possess an arsenal of actual songs at their disposal.

So when former single 'The Sky of All Places' molds quite effortlessly into the discordant punk rock of 'Family', both ably demonstrating Spectres knack for writing tunes, Dying takes on a whole new lease of life. Granted, if you're going to call a song 'This Purgatory' it should at least attempt to echo what it feels like to be dragged through the gates of hell, and its seven-and-a-half minutes of intense aural brutality does exactly that. Similarly, live favourite 'Lump' bludgeons the senses incessantly while 'Blood in the Cups' does its best to render every guitar band irrelevant by way of sheer ferocity.

If 'Mirror' represents the closest Spectres come to writing a traditional pop song - and we mean that in the loosest sense of the word - then closer 'Sea Of Trees' is their sonic behemoth. As epic finales go, there aren't many that can match this for sheer propensity. Like a beacon of light emerging at the outset of Spectres distorted vision, its audacious nature and ever-changing mood perfectly sums up Dying's idiosyncratic nature.

Uneasy listening, but rewarding all the same.