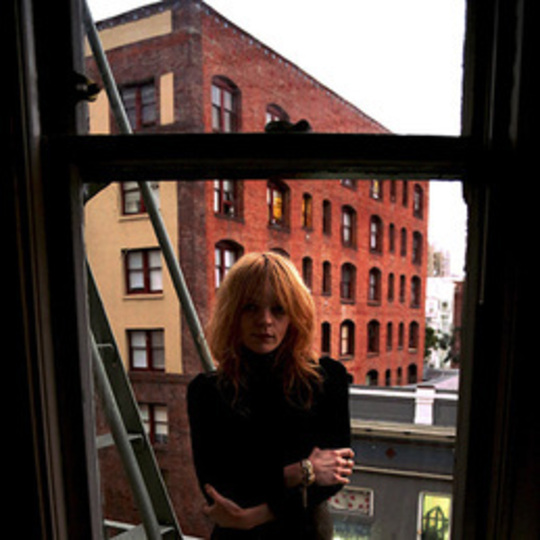 Even after hearing On Your Own Love Again a few times, you might still struggle to hum much of it around the house. It’s not that it’s minimalist, noisy, or otherwise inaccessible. It’s made up of tuneful, simple folk pieces, with recognisable song structures. But Jessica Pratt’s own imagery sums it up best: these are songs which 'blend together, like watercolours you can’t remember'. They ooze an oddly intangible quality; spirited away the moment you concentrate on them too closely. The effect is haunting, mesmerising and beautiful - an album which more than delivers on the promise of her arresting debut.

On her self-titled LP, it was easy to pop Pratt into a freak-folk pigeon hole, and to an extent it still is. Certainly her voice still sounds a lot like Joanna Newsom, for a start. But her voice as a songwriter and performer is wholly her own, and has matured tenfold since her first record. The songs of her debut were simple and skeletal: one fingerpicked guitar, with double tracked vocals, all hugging each other very tightly. On ‘… Love Again’, Pratt keeps things hushed, but opens things up: extra guitar runs sulking through the textures; gauzes of instrumentation adding colours to the backdrops; more eerie harmonies gliding over the melancholic melodies. The songs are busier, but also hold a lot more space.

It sounds casual and ramshackle on first listen, but it’s a very detailed and precise record. Every jarring strum of guitar, every throwaway flick of melody, has its exact place in the song. Pratt composed and recorded these songs painstakingly, with fierce control of the smallest details. Her debut was a collection of songs, later strung into sequence to create a record. This was written and recorded as an album. It’s a svelte thing at only half an hour long, and its concise running time allows Pratt to remain in close control for its duration.

All of its components work together to give the album its faintly disorientating, dreamlike quality. Its woozy feel isn’t accidental. It’s something which Pratt builds into the fabric of the album’s production. The most obvious example is in ‘Jaqueline in the Background’, where Pratt pitch-bends the entire song; spreading its hook to an even slower, creepier crawl with each repetition, like a chewed up cassette dying in the tape deck. Other songs creak into life like a wintery Sunday; sounding like they could fall out of tune and collapse at any moment. The close of ‘Game That I Play’ sees a completely new texture and arrangement swoon in from god-knows-where. But of course, Pratt is completely in command of it all.

The lyrics’ meditations on transience and memory suit the sounds very nicely. And so the whole thing congeals into a brilliant whole. Jessica Pratt established herself as a songwriter of note with her self-titled debut, as well as a striking vocalist. On Your Own Love Again is stronger still: proving her to be an equally assured writer of affecting and absorbing albums with a capital-A.