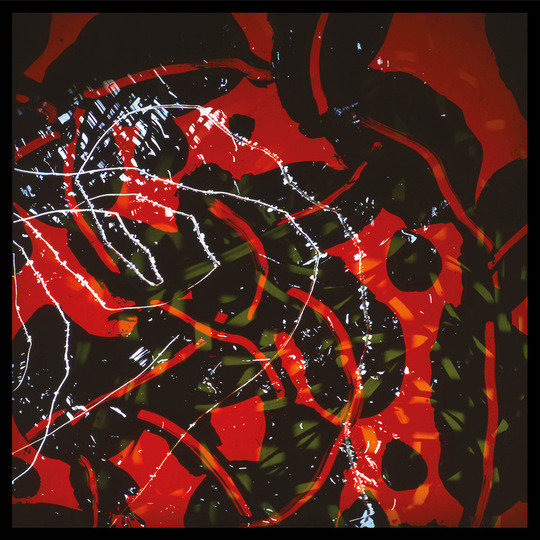 Since the Seventies, Brian Eno has been everywhere and nowhere; a Renaissance Man who directly influenced many of the biggest artists and indirectly influenced countless others through his high-profile productions. Thing is, there’s a widespread misconception that his own albums tumbled into mediocrity and/or predictability well before the Nineties, with the David Byrne collaboration My Life in the Bush with Ghosts (1981) his last truly essential release, and a landmark for Intelligent Dance Music. The facile assumption is that the Ambient series (whether composed or produced by Eno) had exhausted most possibilities.

This series of Eighties and Nineties re-releases challenges that misconception, and with an album’s worth of bonus material attached to each, it’s as easy to compile your own alternative Eno albums as it is to make instant Ennoia with his latest App. True, Eno channelled much of his creative energy into production during the late Eighties, hence The Shutov Assembly is a collection of tracks from 1985 – 1990 that continues where Ambient 4: On Land leaves off (i.e. in the marshland near his childhood home) with a misty ambience that can felt nostalgic as a first intimation of mortality. Opener, 'Triennale', might be the definitive late-period ambient track. It’s evocation of non-carbon-based life-forms communicating in crystalline chimes is echoed on 'Ito Okashi' from the Passengers collaboration with U2 (their most under-rated album), various moments on The Drop (1997), right up to Lux (2012), which was hailed as Eno’s best album in a decade or two, although it’s not really that much of a leap. It’s rarely stated but what separates much of Eno’s ambience from whalesong and New Age music is that it’s equally sublime and beautiful; as pastoral as it’s subterranean, across the course of an album, and sometimes both at once: the slowly unwinding melodies possessed of the same beauty and otherworldliness of stalagmites forming deep underground where there’s also the claustrophobic dread that comes with being far from natural light, on geological time.

According to the sleevenotes of Nerve Net (1992), the album was Eno throwing down the gauntlet to himself and the world. ‘This record is: LIKE PAELLA / A SELF-CONTRADICTORY MESS / … / DISSONANT / EVANESCENT /… / GODLESS / RECKLESS / SQUELCHY / UNAMERICAN / TECHNICALLY NAÏVE / FAR TOO VAGUE / DERIVATIVE OF EVERYTHING / POST COOL /… / POST MAN / … CLEARLY THE WORK OF A MIND IN DISTRESS.’ Edgy, often abrasive, and dark in a way that feels genuinely chthonic rather than just minor-key, it represents one of the more successful explorations of something that sounds horrible on paper: 'jazztronica'. At its most propulsive and funky it resembles This Heat; at its coldest and most cerebral, Autechre. Somewhere in the middle, tracknames might sound like self-parody, as if Howard Moon and Vince Noir had written them ('Juju Space Jazz'), and yet… and yet, Eno explains that he probably listens to more Fela Kuti than any other artists and both sets of material (the one he initially intended, and the one he actually released) bear this out. This never feels like pastiche, ethnographic forgery (a la Can) or cultural colonialism; instead, it feels like dialogue.

The bonus disc contains the entire album-that-never-was, My Squelchy Life, which is often as facetious as it sounds, and arguably matches the description above more than Nerve Net does. Thus, there are plenty of surprises worth re-visiting: 'Stiff' sounds like… late-period Belle & Sebastian, of all people. 'Under' (recycled on 2005’s Aother Day on Earth) is one of Eno’s best verse-chorus-verse songs since Taking Tiger Mountain. Squelchiness abounds. In a sense, Eno was re-evaluating the concept of 'Fourth World Musics' (i.e. First World plus Third World) he’d jointly pioneered with John Hassell, and reminding us (and himself) that music is supposed to be playful and irreverent if it’s going to be truly representative of the world of possibilities out there. Fun had been abundant on the Big Four (Warm Jets, Tiger Mountain, Green World, Science) but needed to be put back into music too long the domain of chinstrokers with a right-on admiration for 'Music Made With Natives' (as Chris Morris puts it in his piss-take of Dave Stewart et alia). It’s a mark of Eno’s influence and pop sensibilities that U2's Zooropa and Bowie's 1.Outside lie somewhere between Nerve Net and My Squelchy Life, while his high-brow / low-brow sleevenotes could be a cut-up of Simon Reynolds’ post-rock manifesto (written shortly after); not a curt rejoinder, but a more jovial re-jig.

Although it has been surpassed as Eno’s longest single track, Neroli (1993) may still be his most minimal: a shifting series of tones with unusually long pauses between any audible sound at all. Eno’s original inspiration for ambient music, famously, was the experience of being laid up after an injury, unable to get to the record player where a friend had put some music on so quietly that he could only hear certain levels, or fragments of melody. Oddly enough, very few of the Ambient series actually replicate that experience. Neroli, however, is like the occasional glimpse of a ladybird crawling across your window; intriguing for moments at a time, then disappearing from view without making much impression besides a wistful consideration of its inscrutable consciousness. Bonus track, “New Space Music”, is both more and less satisfying. Just over an hour long, it never dips into inaudibility, but drifts pleasantly, like Stars of the Lid, say. In a sense, this is Eno at his most anonymous: almost completely dissolved into the ocean of ambient music made by his hundreds of imitators, without the weirder, darker, squelchier, and often “Frippier” sounds that usually allow you to spot an Eno track, no matter how minimal, and vocal-free.

The Drop (1997) was composed as an installation soundtrack, but yet again the bonus material shows Eno revisiting several stages of his career, and dusting off all his personae. Unlikely as it sounds, “MC Organ” could be an instrumental from The Beastie Boys’ Ill Communication, while 19-minute bonus track “Targa” is the equal of many whole-side cuts you’d expect to find on classic krautrock albums by Popol Vuh or Tangerine Dream.

If it’s taken until Small Craft on a Milk Sea (2010) and Lux (2012) for Eno to successfully balance several of his sides on one record, and receive more than polite notices, then these re-releases are a timely reminder that none of the Enos we knew and loved (or were out-weirded by), from the Seventies onwards, ever went away. Immerse yourself.