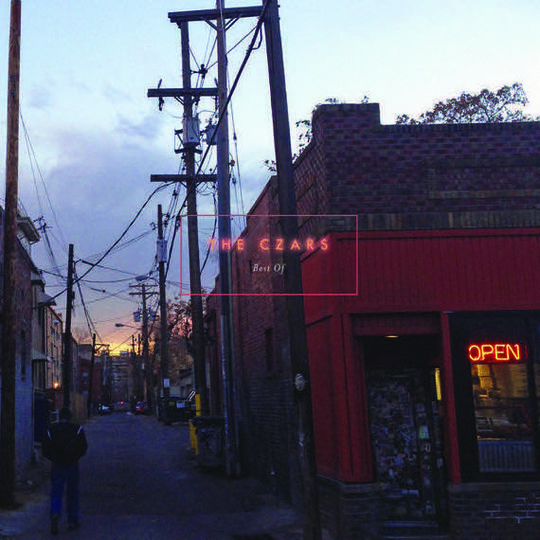 It’s an inevitability that when frontmen go solo, their erstwhile bands will be mentioned in almost every subsequent review. It’s rare that bands are compared to their frontmen, if only for chronological reasons, though surely there were some who bought Elliott Smith records because he was 'that guy from Heatmiser.' But one assumes that if a band managed to release five albums on a notable independent label, said band would be the springboard for their frontman’s solo career.

Such was not the case for The Czars. Despite ten years together and releasing five albums on Bella Union to critical acclaim, there was still the belief that frontman John Grant was birthed fully formed with his solo debut, 2010’s Queen of Denmark. But he does in fact have a musical past, which is related on The Best of the Czars.

As a 'best of', it’s difficult to say whether or not there can be a definitive collection for a band that flew under the radar for the duration of their career. There’s an honesty in that the collection ignores the first six years of the band and picks up with songs from their third album, Before...But Longer. It’s only the more muted tracks that are selected from there, though 'Get Used To It' makes the cut, however pleasantly incongruous its angsty lyrics are.

There are traces of the wry sense of humour Grant embraces in his solo work, but it’s not a constant. Nor is the huskiness of his voice, or the real feeling of his personality - in short, the things that make Grant the greatest motherfucker that you’re ever going to meet.

But disassociated from whom Grant has become, The Czars were a solidly average band. Purveyors of mostly downtempo rock music, there are moments that sway towards alt-country, and though rarely remarkable, their arrangements were always pretty. There is an undeniable charm in the accordion and horn filled 'Killjoy'. If singles like 'Side Effect' with is contrast of frazzled guitar and clean piano had ever been given radio time, they would now be thriving in the world of nostalgic American satellite radio. It’s reasonable to expect that it will still one day enter rotation and be celebrated in a revisionist way on that medium.

Newcomers to the band would do just as well to track down The Ugly People vs. The Beautiful People, which gives a more cohesive impression of the version of The Czars that Best of... tries to convey. Or really, keep Grant happy and look into Goodbye, as it’s the only record he’ll own publicly anyway.

So apologies to The Czars for viewing them through the prism of launching Grant’s solo career. They could stand on their own, but ultimately that is what made them special. And it’s what makes them worth revisiting. In the way readers wouldn’t dismiss The Crying of Lot 49 or Northanger Abbey, Grant’s early work shouldn’t be dismissed either.