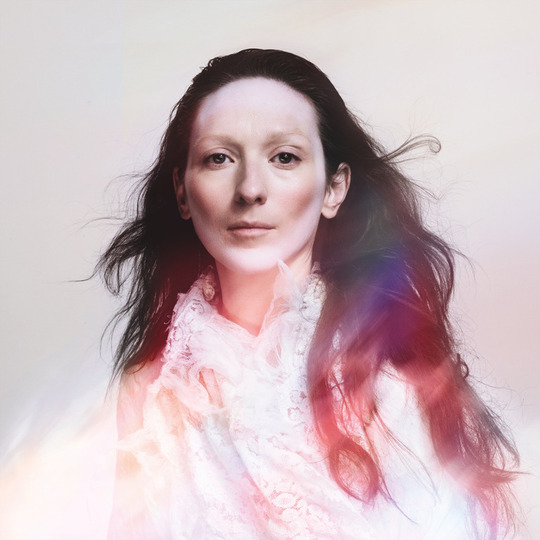 This Is My Hand is the fourth album proper from My Brightest Diamond - aka the project of singer and multi-instrumentalist Shara Worden - and it’s a record that doesn’t hang around. Album opener and lead single ‘Pressure’ sets the tone for what’s about to come nicely. A marching band-style drum intro gives way to a swirling mix of dark synths, manic percussion and fluttering flutes, while Worden’s remarkable voice soars above it all. The song is all over the place, really, but in the rush it somehow manages to hold together and it just works.

The instrumentation is wonderful throughout - lush, dense and layered - and the arrangement of it shows how skilled of an arranger Worden must be. Even more exemplary are her vocals, which range from the soft to full-on belting with a consistent confidence. She also clearly has a great understanding of how to use backing vocals to compliment the music: the "oohs" on ‘Before the Words’ are a particular highlight.

That Worden has worked with Sufjan Stevens allows a piece of the puzzle to fall into place. The joyful woodwind trills and arpeggios that pepper the album are straight out of Illinoise while the haunting, expressive synthesizer work - which is really one of the most consistently rewarding threads here - are reminiscent of Stevens’ electronics-led masterpiece The Age of Adz.

If anything, the richness of the arrangements almost becomes a bit too much at times, as the first six tracks can feel like they’re piling on the same tricks to excess. True, the music of My Brightest Diamond has always involved a magpie-like approach to picking elements from other genres and that tendency is very much in evidence here. Single ‘Lover Killer’ is all funk bassline and jazzy horns until the lovely fuzzy stomp at the end, and ‘Looking At The Sun’, after revisiting the marching band influence, has a strangely menacing undertone that almost sounds like a horror film soundtrack. Still, some degree of aural saturation could affect the listener on their first go; the wonderfully lush melodies can become just a little bit too much at times.

That’s why the album really comes into its own on the second half. Whether a conscious choice or not, towards the back end the arrangements open up and everything eases off to become just that little bit more restrained. An obvious advantage of this approach is that the vocals have more room to breathe - they’re certainly more than strong enough to carry the songs in their own right without the (admittedly very nice) bells and whistles. Album standout ‘Shape’ is a case in point. The music is relatively simple; a sultry take on Steve Reich-esque minimalism - another trick learned from Mr. Stevens, perhaps - with the electronic shuffle of Field Music’s ‘Let’s Write A Book’ peeking in, and the space helps the vocals sound especially haunting and plaintive.

This point is not to demean Shara Worden’s more complex compositions, which certainly reward repeat listens and offer a new subtlety every time. But perhaps for all its positives, This Is My Hand is a good example of how sometimes less can be more. But when the ‘less’ is as good as some of the songs in the second half, it’s easy to see why you might want more.