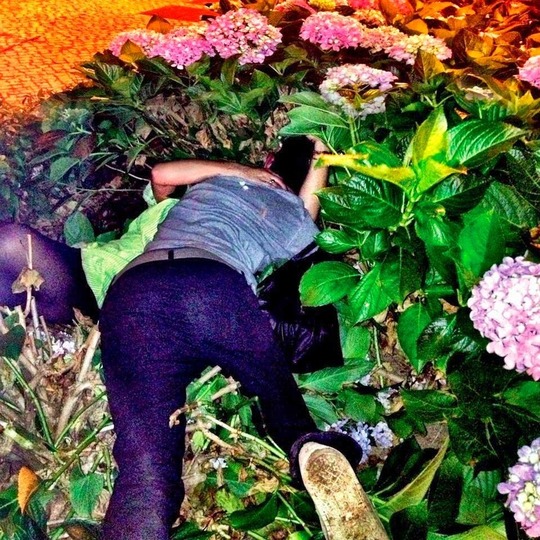 There are a couple of (undoubtedly) dodgy translations of Paus’ moniker ready to be churned out by an internet search engine. The primary one is 'sticks'. For a group whose sound revolves around the escaped lab experiment of hammering Siamese-drumming being desperately held back by a couple of understaffed lab technicians, armed with a measly guitar and a synthesiser, you have to admit the name’s got a certain blunt ring to it.

While the presence of two drummers has been the catalyst of the Portugese four piece's particular brand of post-rock right from the opening seconds of 2010’s É Uma Água EP, then the progressing intelligence of their more ethereal elements has led to a further dialling up of their sound on Clarão. By now the momentum can be truly relentless.

Tracks like 'Cauda Turca' are barely held together at points, a visceral Zappa-descendant scatter-brained shambles, warped out of shape and clutching on for dear life. They match up the thrill of barely-orchestrated mania with tracks like 'Brandeira Branco' where the group's hardcore past and live-quality recording is in full effect. They do a neat line in letting the brute play out with a grandeur that carries shades of ...And You Will Know Us By The Trail of Dead.

This break-neck approach is Paus' overtly gripping bread-and-butter, but where Clarão really shines lies in the second translation of the name: wands. The intensity of their alternately polyrhythmic and pounding drums is what echoes in your ears long after, the record's pervasive feeling is that provided by the twinkling meld of processed guitars and electronic ambience, the mood ultimately dictated by the expansive sky to the rhythmic earth below.

This space created by letting the scruff of your neck go for an instant makes all the difference. Repetition eases away and allows for a spectrum of sound to spatter. One instant the ambient tension of 'Negro', the next the Battles-influenced experimentalism of 'Cume', a stand-out, a washing machine of vocals producing primal jumble of expression before surging upwards into a riotous rabble of sound. The title track encapsulates it all as the motor finally whirs downwards and closes the album out by bringing the tempo down into a space of airy calm.

Like that image of lust amongst the leaves that adorns the cover, Paus feels all about spontaneity. It's a heady mix of the intense and the intangible, the unscripted, gasping extra burst of pace from the long-distance runner and then that first deep rush of liberated breath as they cross the line.