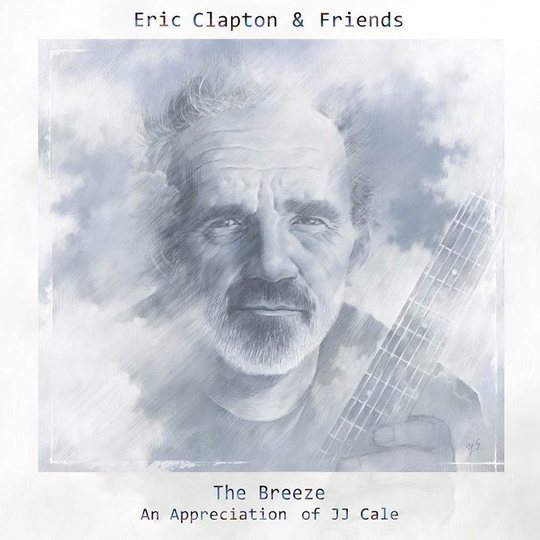 I think we can probably conclude with some confidence that Eric Clapton’s career is now very much in wind-down mode. Both the title and artwork for his last record, Old Sock, strongly suggested that he’d phoned it in, and the music contained therein did little to change that perception. His fiftieth anniversary tour last year was a sedate affair, if the Manchester show was anything to go by; at least half of it was acoustic, and a deeply unwelcome appearance by prolific self-publicist and occasional comedian Peter Kay was met merely with folded arms and tuts of disapproval, rather than the sort of anarchy it would likely have provoked during Clapton’s heyday. Put simply, he’s spending his twilight years gracefully, but also rather lethargically.

Last year, Americana and blues lost a genuine titan with the passing of JJ Cale, and this tribute album to him seems like part homage, part duty on Clapton’s part; after all, many people only know Cale’s songs, most notably ‘Cocaine’, because of Slowhand’s versions, and he perhaps felt it was time to make his promotion of Cale’s music a little more official. He’s done it before, of course - a decade ago, he released Me and Mr. Johnson, an album of Robert Johnson covers, and it’s not difficult to connect the dots between these two heroes of Clapton’s; as maverick pioneers of the blues, they have the same kind of personal importance to him.

Where Me and Mr. Johnson was a stripped-back solo affair, The Breeze is officially credited to Eric Clapton & Friends, and sure enough there’s a slew of high-profile guests here, most prominently on vocal duty. Clapton himself still does a fair share of the work himself in that respect - his turn on ‘Call Me the Breeze’ is endearingly rough and ready - and there’s varying degrees of success when others step up to the mic. Mark Knopfler’s performance on a very Straits-y ‘Someday’ is a treat, whilst Tom Petty steals the show on ‘I Got the Same Old Blues’ and ‘The Old Man and Me’; he clearly has a genuinely keen understanding of the Americana/blues crossover that Cale played such a crucial part in nurturing.

Elsewhere, though, there’s mis-steps; Willie Nelson’s take on ‘Starbound’ sits awkwardly next to the rest of the record, and the less said about the contributions from John Mayer - a man most notable for managing to achieve lothario status while making unrelentingly naff music - the better. On the guitar front, meanwhile, Clapton’s work is consistently solid, if seldom spectacular; ‘Don’t Wait’s raw riffery is a high point and the solo on ‘Sensitive Kind’ is smartly judged, but you rather get the impression that Clapton shied away from really putting his six-string stamp on this album - partly to avoid deviating too far from the original compositions, and also, you have to assume, to keep the focus on Cale and his songwriting. To that latter end, the decision to bring long-time Cale collaborator Don White into the fold is a neat touch, as he more than holds his own alongside Clapton and Knopfler on ‘Train to Nowhere’; Cale’s widow, Christine Lakeland, appears too, providing poignant backing vocals on gentle closer ‘Crying Eyes’.

The difficulty with The Breeze is that, like most of Clapton’s late-career releases, it’s not going to win over the casual listener, and that’s kind of the point of it; to introduce Cale to the wider audience he always deserved. Purists will lap this up, but ultimately, as lovingly constructed a tribute as this is, there’s an unavoidable sense that Clapton is preaching exclusively to the choir.