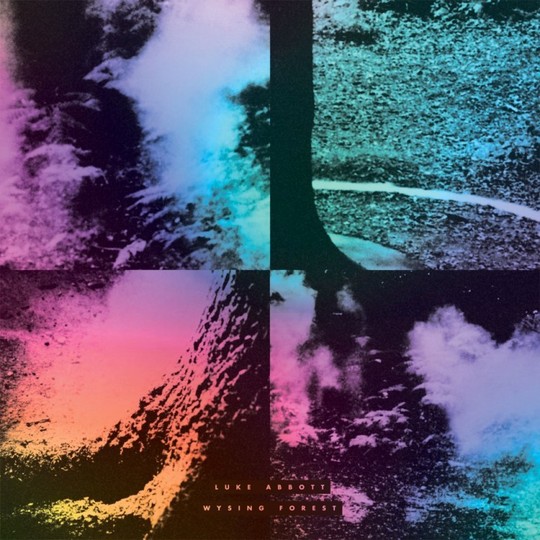 After a brief cameo on Gold Panda’s Notown label with the Modern Driveway EP, Luke Abbott returns to his spiritual home, James Holden’s Border Community, for second full length album Wysing Forest. His debut, Holkham Drones, released back in 2010, saw him take the distinctive left-field Border Community sound and sculpt it in his own image, with dreamlike melodies providing a carefree and poppy sound. In the time that has passed, Holden finally got his act together after seven years of radio silence and released The Inheritors, a krautrock-infused modular journey that reminded the world of his talent, and in a way laid down a very friendly gauntlet to his protégé Abbott. The influence of that album can be heard throughout Wysing Forest, both in sound and approach, which is unfortunate insofar as in comparison, Wysing Forest comes up slightly short.

In his recent interview with DiS, Abbott states 'I just wanted to put out something that I liked, which I guess is a bit like this album – it’s not the most commercially viable record ever'. On first listen, that's the first thing that really jumps out at you. This desire, combined with the influence of the spiritual jazz he listened to while recording Wysing Forest, manifests itself in a considerable dose of self-indulgence.

After the masterpiece that was Holkham Drones, with self-contained and brilliant tracks like ‘Trans Forest Alignment’, ‘Whitebox’ and ‘Hello Tazelaar’, and more recently the likes of ‘Modern Driveway’, it's at first disappointing to spend the first 20 minutes of Wysing Forest lost in a meandering and structureless zone of beeps, warbles and drones. ‘Amphis’, which at 12-and-a-half-minutes long forms the body of this extended introduction, begins with a pitter-pattering beat flanked by strange other-worldly tones dopplering away in the background, before a faint and hazy melody begins to emerge. It never really gets going, as elements appear and fade away seemingly at random, backed by the haunting and ethereal melody which plays throughout. ‘Amphis’ grows into ‘Unfurling’, which is somehow forest-like, the fluttering tone bringing to mind crickets at night, joined by a faint and irregular beat and a sinister key-changing drone.

Just when you think your patience is going to run out, ‘Free Migration’ begins and provides the first example of a typical Abbott track. It starts out with a signature whimsical synth line and box-like beat and builds up and up, dripping with emotion until just over halfway through it descends into something altogether more ominous, the floaty melody dropping into a sinister and urgent loop until the song explodes into an abstract beepy crescendo. ‘Highrise’ continues with a trademark wandering melody, this time joined by a faster and slightly harder edged beat, and signals the end of what you would expect him to make, with ‘Tree Spirit’ marking the return to self indulgence. Starting with harmonising drones, it transforms into a chaotic cloud of beeps, whines and sharp tones. The album then flows back into fuzzy melody with ‘The Balance of Power’ before frying your brain with ‘Snippet’, the growling buzz bringing to mind the Hypnotoad from Futurama, and finally closing with a reprise of ‘Amphis’, this time solely featuring a faint melancholic melody reminiscent of Radiohead.

If it sounds like I was disappointed, then I can tell you that I was. However, in listening to the record a second, third and fourth time, slowly the expectation of an album in the typical sense began to melt away, and I began to appreciate Wysing Forest for what it is – a composition. Every track melts into the next, with elements of melody or beat overlapping, and tension and emotion rising and falling throughout. The sheer brilliance of ‘Free Migration’, which can stand side by side with the likes of ‘Modern Driveway’, owes much to the subtlety and painstakingly crafted introduction which had at first seemed so lacking in focus. This crescendo then gives way to the rest of Wysing Forest which gradually comes to a simple, quiet and understated close. In this sense, it gives the impression of being a recording of a live performance (which isn’t surprising when you consider it was recorded entirely as live improvisations over a six-week-residency at Wysing Arts Centre in Cambridge), something with a definitive beginning, middle and end that has to be listened to in that order, with no element really making sense on its own.

In a way it almost sounds as if Abbott has tried to make his own version of The Inheritors, which also featured experimental episodes that formed bridges between the album’s focal points. But whereas Holden managed to keep the album tighter, controlling the experimentation to provide a more cohesive listening experience, Abbott seems to just let go. Nonetheless, he captures the very essence of Border Community; the wandering rural soundscapes, existing just out of sight through a thick colourful haze and the lackadaisical melancholy which oozes from every note. It is an album which requires patience, which, once granted provides ever increasing rewards.