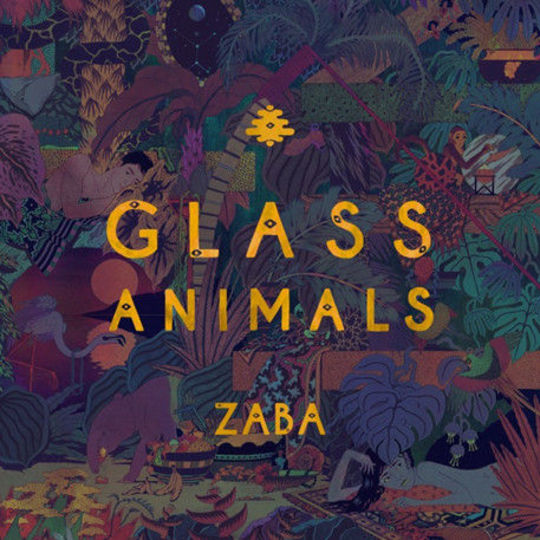 Friday evening at The Great Escape, and several hundred of us are crammed in to a damn-near molten Coalition down on Brighton’s seafront to watch Glass Animals. Most of us are here because of 'Gooey', at the time rotating dizzily on 6music’s playlist, or just attracted like flies to the buzz around the Oxford four-piece, but a few - a few are rather more fervent.

'I fucking love you!' yells a young woman who’s apparently flown in from Canada for this gig: 'No, really - I really love you.' This carries on for some time, the woman becoming increasing eager in her attempts to demonstrate her claims, mouthing every word of every song and gyrating fearsomely towards their frontman. She’s far from alone: from all around other voices join with hers, rising in pitch and vigour like lustful Bodysnatchers and suddenly our position at the front seems fraught with peril, besieged by flesh and limbs and frantic screaming.

It’s a scary thing, realising that you’ve completely underestimated the scale of a band’s popularity - did I miss a memo? - but more so when it doesn’t really seem warranted. Oh, Glass Animals are fine and all, but they’re certainly not the revolution that seems promised, both by the reaction in this room and in the breathless, hyperbolic press that they’ve been getting in some parts. 'Yeah, but they’re totally a studio band,' protests one of their acolytes later, once their breathing has cycled back down to something near regular, 'you can’t judge them on their live show.'

Fair enough. Zaba, then, the band’s debut album and executive-produced by studio deity Paul Epworth, beautifully-packaged and replete with a tracklisting that reads like the inane gurglings of a slow child. 'Walla Walla'. 'Intruxx'. 'Toes'. The singer studied neuroscience, you say? Good lord.

It starts promisingly, though. 'Flip' is a striking mesh of Karmacoma beats and reverbed samples, Dave Bayley’s vocals a pillow-talk of half-whispers. 'Black Mambo' bounces on its deep basslines and hypnotic guitar lines. 'Pools' is a carnival of percussion and fast-delivered melody, whilst 'Gooey' - well, 'Gooey' remains one of the most striking singles this year, a clash of R&B and early Four Tet and Eastern palettes.

It does all sound magnificent, an amniotic fug of echo and static hiss, of stripped-back instrumentation and interesting choices, and Bayley’s voice, fluid and insistent and weirdly transfixing, lends the album the quality of a dream, something half-heard at the fringes of consciousness. But like a dream once over much of this is difficult to recall, fading quickly to vague impressions of loops and space and shuffling rhythms the details of which is apt to smudging: they’ve a great sound, Glass Animals, but only really the one, and Zaba does get rather wearing around the mid-point.

Lyrically too this is quite phenomenal drivel, a slushy baby-talk of shocking rhymes and worn cliche - 'Gooey’s “Ride my little Pooh Bear” is a favourite - tightly-wrapped so as to imply a wisdom that really isn’t there. Like Alt-J before them - there’s a warning bell - there’s a certain smugness to the writing, a knowing pretension to the metre and diction that in certain moods actually makes me quite angry.

Much better is when they get kinetic, ramping up the volume and the beats as on 'Walla Walla' or the mercifully instrumental 'Intruxx', and closer 'JDNT' with its shivering bass is pleasingly widescreen even if it does go a bit lava-lamp-and-Morcheeba by the end. But the overall impression left by Zaba is of an album that’s trying really hard to impress but has got its focus wrong, opting for polish over songwriting and forgetting that music is about more than just sound.

Because what we’re really left with here, beneath the studio wizardry and the stream-of-consciousness lyrics and the clash of loops and smoke-wreathed atmospherics, is a sex-face drawn out for forty-minutes, all coital rhythms and breathy vocals and airless, sweaty humidity. But whilst Glass Animals excel at sustaining mood all that effort never really builds to any kind of release, just ultimately fading away beneath a queasy drape of melody and a frustrating sense of unfulfilment.