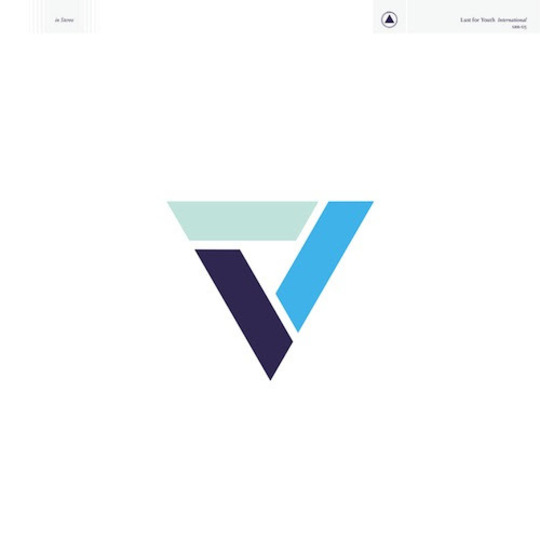 Hannes Norrvide's Lust for Youth started off as a lo-fi project, with a murky sound loosely indebted to early synth-pop and darkwave. Skeletal synth lines bounced against each other, assisted by strident drum machines and Norrvide's lonesome cries, always too distant to grasp whatever emotions he was trying to process. Drenched in reverb, his first recordings seemed to create a comfort zone for their own architect; as a listener, you'd have to patiently work your way through it. Occasionally, you'd remain locked outside.

In a relatively short time, a dim light began to surface from that crust of noise. Compared to the smothering atmospheres of Solar Flare (2011) and Growing Seeds (2012), last year's Perfect View showed minor signs of readability. The basic formula remained in place, but thanks to a less obfuscating production, the album sounded warmer and less monotone. LFY's songs were still bleak, but less unnervingly opaque and perhaps more in tune with the rave component of their gigs.

Returned in the studio as a trio with live collaborator Loke Rahbek (runner of Copenhagen label Posh Isolation and member of Sexdrome/Vår) and Malthe Fisher (here guitarist and producer), the band has made a big leap forward in terms of accessibility. 'Unrecognisable as a Lust for Youth record on first listen', suggests the press release. It's hard to disagree, if only because of the polished production, the expanded sonic palette and its ubiquitous summery feel: International is brilliantly pop in substance and spirit. Drawing on Eighties synth-pop influences, LFY have been successful in forging sticky hooks which make comparisons with Depeche Mode, Soft Cell and Pet Shop Boys all the more accurate.

'Illume', the brightest cut off the album, with its shimmery synths and suffused acoustic passages, sounds like something you'd play on a morning ride to the beach (without necessarily being a retired goth). Norrvide's trademark sulky vocals seem out of their element at first, but gain force in the exchange with the cocksure chant of the chorus. It's charming and hilarious at the same time. 'Epoetin Alfa', featuring Elias Bender-Rønnenfelt (Iceage/Vår)'s lonesome guitar, is easily one of the highlights on the record, alongside the stunning 'New Boys' and 'Armida', all convincing experiments which blend the bleak sensibility of LFY with the most inviting synth-pop.

The songs on the album were reportedly inspired by the rootlessness and excesses of touring, but no matter which bits of the lyrics you'll manage to discern, melodrama never sucks the fun out of it. 'New Boys', nodding to Pet Shop Boys via Moz's lessons of self-indulgence, it's melancholic in tone, but remains a booming, incredibly catchy dance song. 'Armida', where razor-sharp, clanking drum machines and organic vocal loops meet the glacial timbre of Copenhagen peer Soho Rezanejad, maintains the level of addictiveness.

LFY's records used to feel particularly lonely. With all these additional voices scattered over the course of its 35 minutes, International feels more 'crowded' and inclusive. 'Lungomare' is a delicate atmospheric tune, a three-note reverie embellished by the occasional field recording (children playing by the seaside) and a bright guitar. Recruiting a young woman to recite a poem in Italian over it might seem a pretentious trick to weird you out, but consider that to my Italian ears, 'Lungomare' sounds perhaps even weirder, in light of the singer's detached interpretation of the plot-line (take “The boy reaches for the other boy and holds his head/chest against chest/'I'm the son of God'/The other one nods/he knows/I love everyone and I never saw the sea inside the sea'”). With the exception of the enchanting 'After Touch', the first fully formed, tenderhearted LFY guitar ballad, no other standouts emerge. 'Running' and the instrumentals are preoccupied to recreate nocturnal, cinematic atmospheres which surely make it up for the band's murkiest side, but don't add much to what's been already disseminated in recent years. The record needed its joints, so to speak.

Considering that LFY have been consistently releasing new material for the past five years, we can only expect them to keep following this rewarding direction and come back with another killer pop record. For the moment, you've got all summer to wear this one out.