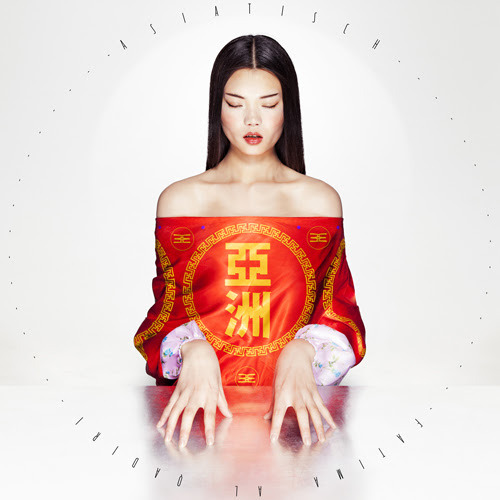 The spaces on Asiatisch feel much more like holes - rather than punctuating the music, any momentum generated seems to drain away through them.»

Fatima Al Qadiri is a multidisciplinary artist and musician from Kuwait. In just a few years, she has quickly built a reputation as a conceptual artist, exploring themes informed both by her own background and global pop culture, through a number of highly acclaimed EPs, multimedia projects and writings. Fatima's debut album is called 'Asiatisch', and as the track titles suggest, the record provides a simulated road trip through an imagined China. Musically, the album is an homage to that quietly influential sub-strain of grime, often loosely termed 'sinogrime' due to its preoccupation with Asian motifs and melodies, pioneered by the likes of Wiley and Jammer at the beginning of the 2000s in East London.
description from www.roughtrade.com