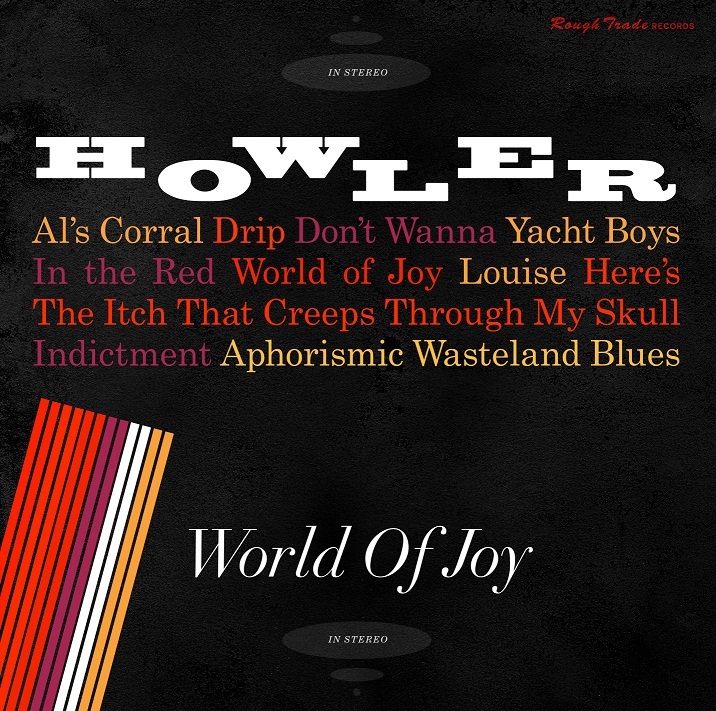 There’s a risk that comes with sticking to what’s familiar.»

Minneapolis four-piece Howler release their second album 'World Of Joy' via Rough Trade. It is the follow-up to their brilliant debut 'America Give Up' (2012) and features the single 'Don't Wanna'. Howler's second album was written and recorded in Minneapolis at The Terrarium studio with 'America Give Up' producer Chris Heidman. Howler is the brainchild of 21-year-old Jordan Gatesmith, who says of 'World Of Joy':
"The songs and the record, ultimately, became accounts of Ian, Max, Rory and I living and dreaming passionately. The record is supposed to be almost like a jukebox at some slopes bar in Minneapolis playing things like: Thin Lizzy, The Replacements, The Modern Lovers, Kiss, The Smiths, The Stooges and other randomly assorted bands. It's a tribute to our love of rock n roll and to the lineage of that genre we so admire."
description from www.roughtrade.com