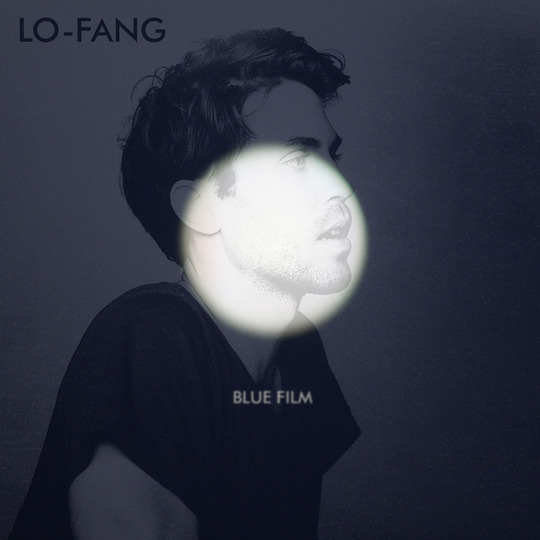 The bio of Lo-Fang, aka Matthew Hemerlein, practically screams 'interesting guy'. The 30-year-old classically trained pianist/violinist/cellist/guitarist/bassist wrote and recorded the songs on Blue Film on his travels, which took in time in Cambodia, at home on the farm in Maryland and in studios in London and Nashville. They say travel broadens the mind, but it all depends on the personality of the individual. For every enlightened soul there’s a graduate who’s backpacked across South East Asia and come back with their perpetual vacuity intact.

Blue Film is thankfully free from any of that seen-the-world-know-it-all-feel-it-deeper nonsense, although too often it’s also free from personality. Hemerlein’s focus is on fusing his classical training with modern R’n’B and electronica, but with attention to good old-fashioned craftsmanship and detail. In terms of arrangement and composition it’s downright masterful, but stylistically the outcome doesn’t sound as bold as it looks on paper. It’s a double-edged sword: you’d like to hear a man of Hemerlein’s musical talents take a bigger risk and make some leaps of faith, but it may be at the expense of his greatest asset, which is his nuanced approach to composition. In reality it’s all rather tasteful, the sort of middling experimentation and sincere soulfulness that would guarantee him a Mercury nomination was he British and which have invited numerous comparisons with last year’s winner James Blake.

That comparison bears up when considering Blue Film’s best attributes. The arrangements and production are exquisite. Most of Blue Film feels like it exists in a dark clinical space into which Hemerlein places electronic beats, numerous synth layers and piano, violin and cello, amongst other instruments, but never becomes overloaded. Album opener ‘Look Away’ is perhaps the densest song and one of the best also with layers of synths alone buzzing and fizzing, ticking percussively and leaving glistening effervescent arcs, whilst plucked violin arpeggios morph into the swooning chorus melody mirrored by Hemerlein’s falsetto. It’s so meticulously arranged that not a single sounds feel intrusive or superfluous, that it until the extended banjo and cello outro which is an indulgence, but a beautiful divergence nonetheless. At opposite end of the spectrum is the desolate intimacy of ‘Confusing Happiness’ consisting of little more than bass beats, drones fading up in volume to sudden stops and pealing violin.

However, too often Blue Film feels almost too well arranged, like Hemerlein has expended so much thought on how the pieces go together that he hasn't really thought why they should go that way. There are earworms a plenty in the Lorde-endorsed ‘#88’, ‘When We’re Fire’, ‘Animal Urges’, and album closer ‘Permutations’, but only the latter poses the sense of dynamic and purpose to make an emotional connection. The album also suffers from permanently sedate vocal delivery. Perhaps Hemerlein’s thinks his whispery falsetto to be intimate, but it’s so unvarying it actually puts emotional distance between himself and the listener.

To a certain degree you have to look for these flaws in Blue Film, because on casual listen it’s a perfectly pleasant electro-classical record. But despite the considerable technical talents of its creator, it could be by just about anyone. Therein lies Blue Film’s biggest flaw; a personality deficit disorder. Lo-Fang has a singer, but it lacks a voice. It’s perhaps the reason that Hemerlein included two covers; a pointlessly faithful cover of BOY’s ‘Boris’ upon which he leaves no imprint and a joyless attempt to turn ‘You’re the One That I Want’ into a chilly electro-ballad, wherein he just doesn’t know what to do with the chorus. It seems like Hemerlein recorded them and included them on the album just because he could, but he didn’t what to say himself. In fact that might be the real raison d'etré for the whole album. At least it’s catchy.