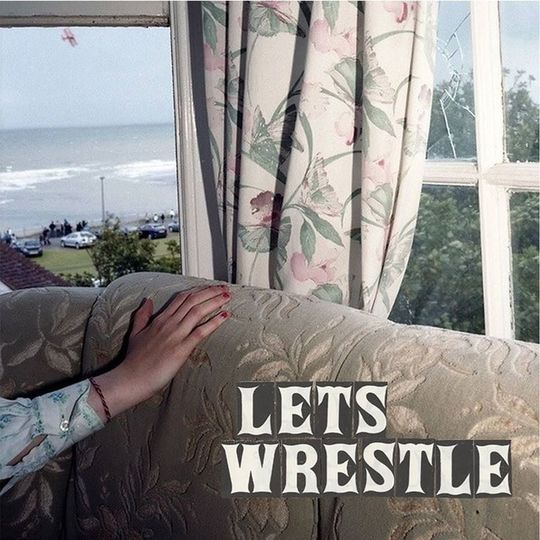 Let’s Wrestle are an indie band, nothing more, nothing less. There’s no way you can read too much into their bum notes, bad hair and witty lyrics, and there’s no need to. Music should, first and foremost, be enjoyed rather than dissected. The group are from the past, a past of torn cardigans and tape cassettes. A past that indie seems to have forgotten about, one where bands looked like they were formed in the back room of the local library rather than the forecourt of the local Urban Outfitters.

Their third record, Let’s Wrestle, doesn’t change any of this. ‘I am Fond of You’ and ‘Always a Friend’ are suitably off-colour. The group have a knack of sounding like they’re about to fall apart whilst still being damn catchy. You can’t program this type of charm on Pro Tools. Well not yet, anyway.

As the tracks fly by you begin to wonder how the band have survived for this long. Their music isn’t exactly advert friendly, and I’ve heard that’s they only way bands make money nowadays. It would be great though, having a Let’s Wrestle penned jingle for a suburban garden centre. The sales of gladioli would go through the roof, that’s for sure.

The second half is where it gets a tiny bit different. Wesley Patrick Gonzalez and co. chuck an array of instruments at the songs, in the process slowing the pace down to a Latitude Festival level of relaxed, and boy is that relaxed. ‘Care for You’ kicks it off with the brass hums, quietly luring you in. It’s an English Sunday afternoon condensed into a pop song. You can almost hear the dog walks and roast potatoes.

‘Tied up’ is 'A Day in the Life' for twenty-first century virgins. Except, maybe not as good as 'A Day in the Life', but you get the picture. The vocals are also a little bit like David Bowie now I come to think of it. But again, maybe not as good as David Bowie. I don’t think the band will be losing any sleep over being worse than The Beatles and Bowie though. If I’d have said Leo Sayer however, it would be a completely different matter.

The back end of the record begins with more than a nod to David Lynch. ‘Irish Sea’ starts with a Twin Peaks-like reverse vocal before strolling in to the most acoustic of acoustic songs. Halfway through there is a very real danger of falling into a Lightspeed Champion level of tweeness, but luckily the group manoeuvre away from this hazard deftly. There’ll be no death by twee on their watch.

Even with these flirtations with violins and brass, Let’s Wrestle are still the band they’ve always been: self-deprecating, scruffy and charming. They can’t be anything else, and thank God for that. Sometimes it’s best not to overcomplicate things. Sometimes it’s best to be obvious.