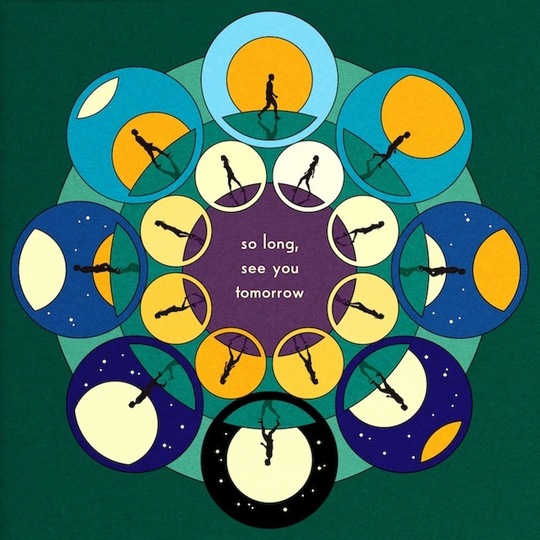 Ahead of this year's Mercury prize, DiS in partnership with Naim Audio's new wireless music system, mu-so, will help you GoDeeper into 2014's nominated albums. Today, we would like to turn your attention to Bombay Bicycle Club, by republishing our review from earlier this year...

You can read read their Planet Gear guide to their instruments and album production amongst our coverage of all of this year's nominees on our Mercury Prize 2014 mini-site.

Escaping the indie landfill is not a task for the faint hearted. Many have tried, and failed to climb out of the grotty abyss armed with synths blops, rap verses and even the odd trumpet.

Bombay Bicycle Club are one of the very few bands from that late-noughties jing-jang-jongly class of indie pop that actually managed to get out of the hellhole. While snobbier types probably haven't given them a second chance, if their back catalogue teaches you anything, it’s that you’ve just gotta do your own thing. If you want to release an acoustic record, release an acoustic record. If you want to throw some piano samples into the mix, throw some piano samples into the mix. Just don’t do the same thing twice, leave the repetition to Mark E. Smith.

So Long, See You Tomorrow carries on this trend of constant reinvention, shedding light on a completely new side of the band. Unlike previous records, Jack Steadman’s luscious vocals take the backseat throughout. So Long, See You Tomorrow is all about the beats, you see. It’s probably a smart move, what with guitar music being declared dead every three weeks by those music-typing folk. Lead single ‘Carry Me’ makes you all nostalgic for a summer yet to be experienced, one filed with exotic fruits, awkward romance and questionable Hawaiian shirts. It’s the type of music you’d hear at Ibiza Rocks, not that I really know what type of music you’d hear at Ibiza Rocks.

The beats only get bigger the more you delve in. ‘Home by Now’ oozes that syrupy J Dilla warmth, a damn fine white boy slow jam. That silly hat bloke from Jamiroqaui could learn a thing or two from these lads. ‘Feel’ meanwhile has much more of an exotic flavour, what with all of the eastern rhythms and snake charmer samples. The song calls to mind a mash-up of a Bollywood dance sequence and the celebration at the end of Super Mario Kart 64, so much so that you almost expect a big red floating fish to butt in with a verse or two in the mid-section.

When the beats eventually die down the album shows its soft underbelly. ‘Come to Me’ is a bit too baggy for 2014 and the guitar rock of ‘Feel’ just doesn’t sit right with everything else on show. It’s hard not to admire the breadth of ideas, even if some of it does fall a bit flat.

Everyone’s too safe nowadays. I blame the fear of failure. The fear of being asked to appear on that identity parade round of Never Mind the Buzzcocks, the one where the guests have to decide which strange looking fella used to play bass in that forgotten band from the past. This lack of fear ensures Bombay Bicycle Club will never slip down into the skinny jean void they once seemed destined for. Well, unless they decide to whip out the trumpets next time. But even then, I’d back them to make it work. Somehow.