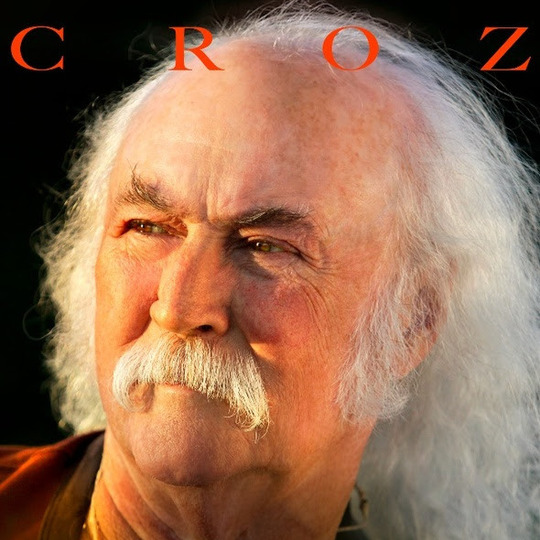 For people born long after his heyday, it can be hard to remember that David Crosby is a musician by trade. Yes, we know he was an integral part of Crosby, Stills & Nash, and his role as a leading light in The Byrds is undisputed. But while his old contemporaries still plough a musical furrow, Crosby has virtually disappeared from the singer-songwriter landscape for 20 years. Sure, he'll crop up singing backing vocals alongside Graham Nash every now and then, but for many people the man with the walrus moustache is probably better known for his cameos on The Simpsons, his time in prison for drugs and firearms offenses, or even his role as a surrogate father for Hollywood’s Sapphic community. In fact, a joke from The Simpsons sums it up perfectly -

Barney: David Crosby? You're my hero! David Crosby: Oh, you like my music? Barney: You're a musician?

The fact is that as a solo artist, David Crosby’s work isn’t that familiar. Former bandmates like Roger McGuinn, Neil Young and Stephen Stills cast pretty long shadows, while Crosby’s best work as a solo artist was one of those curiosities that was unavailable to modern listeners until its recent reissue. If I Could Only Remember My Name…, from 1971, is a loose, spiritual record stuffed full of illustrious guest stars, growing in cult status over the years, clearly influential on people such as Devendra Banhart, and bizarrely recognised as one of the Vatican’s top 10 pop albums of all time.

So it’s interesting that Crosby has finally returned under just his own name, two decades since his last solo record. Speaking about Croz, its creator has stated that he’s simply making it to challenge himself, to prove he’s still got it, and has half-jokingly stated that it’ll probably sell '19 copies'. Croz really isn’t as bad as all that; it’s fair to say that if all that Crosby has set out to achieve is to prove that he’s still relevant, he’s succeeded.

Yes, it sounds very Seventies, and it often veers dangerously close to tasteful and bland, but there’s enough here to show that Crosby hasn’t run dry just yet.

A couple of tracks here could even stand alongside Crosby’s finest moments, with ‘Set Your Baggage Down’ probably the highlight of the record. Based around a spindly, mesmeric guitar riff, Crosby uses his years in rehab to craft a rough-edged paean to putting aside your troubles if you mean to go on. ‘If She Called’ might initially recall Crosby’s classic ‘Guinevere’ with its hypnotic arpeggios, but it’s a much grittier tale of prostitutes observed from a hotel window, a gentle melody hiding a dark observation that’s a million miles away from the simple hippy ideals that people might associate with the man.

A chronic collaborator, Crosby uses his connections well here on Croz, with the blissful, jazzy ‘Holding on to Nothing’ set alight by Wynton Marcalis’s electrifying trumpet solo. However, the guest musicians don't overwhelm the record, with Crosby’s voice clearly the central focus on each of the album’s 11 tracks.

Unfortunately, the rest of the album fails to capture the attention so much: sitting in a comfortably contemplative place without ever really shifting up through the gears. It’s all perfectly pleasant, without grabbing the attention enough.

Anyone expecting a Bowie-esque return to centre stage or a fiery riposte in the style of Neil Young will be disappointed – but Crosby has never been a master of reinvention or an instinctive musical wanderer. If you’re looking for a neat musical reminder that David Crosby is one of the most influential men of his era – and can still sparkle with some of that same musical magic today, Croz is a worthy listen.