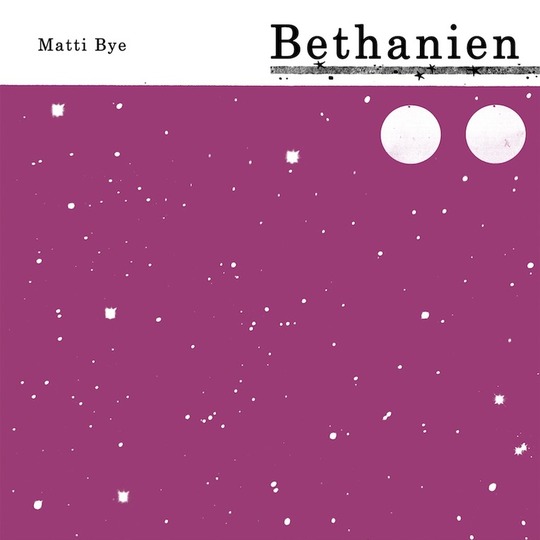 Swedish label Tona Serenad release cosy, antique-sounding instrumental albums that pay no heed to musical developments since World War 2 or the launch of the microgroove vinyl. They’ve therefore rolled the red carpet out for Matti Bye, a pianist best known for his delicate improvs and soundtracks to silent films, and for the fact he briefly lived in Bethanien: a grand dilapidated hospital in the old part of Kreuzberg. Left alone to explore its flaky corridors, outdoor operating tables and occasional committed art squatter, Bye tinkled away at his grand piano, showing off his ability to make even the clipped shrill notes - the ones Peter Venkman likes to torture ghosts with - sound warm and hypnotic. The resulting album, Bethanien, was given a three-year polish by labelmate and accordion wizard Musette, and arrives just in time to feel like either a lament for an endangered NHS, or a ready-made soundtrack if you’ve been dumped and want to mooch across wintry wastelands.

With piano intricacies as its focal point Bethanien walks a tightrope between what’s spooky and what’s beautiful. The brittle pieces here come spiced with white noise, not unlike German duo Swod on the old City Centre Offices label. But whereas those two inked in their imaginings with electronics, vocal samples and far-flung field recordings, Bethanien is a ghost story confined to one hospital, Bye supplying just enough details to lead us deeper down the dark green corridors. On ‘Pyramiden’ the shy, waltzing melody is light enough to take into a floatation tank, but the detritus between the notes will keep your eyes open: radar tones, fuzzy Theremins, noises that soothe in spite of their strangeness. ‘Stemkarten’ sees the high keys spill out slowly but delicately, a music box winding down, while opener ‘The Piano Ship’ could almost be a lost BFI Christmas ghost story with its creaking wood and softly lapping waves. The longest track on the album, it sees Bye explore multiple tangents, his pianos swirling as plays with the tempo. It’s as if he’s literally getting lost in his memories of the hospital, gowned figures floating down corridors, a tranquilised Jools Holland tinkling behind them.

While Bethanien’s musty piano formula doesn’t change, Bye’s moods do, allowing for some flashes of excitement when he cuts loose behind the keys. ‘This Forgotten Land’s high sparkling notes are fleshed out with driving bass and clattering horns; on ‘Cutting a Sunbeam’, he even brings in synth strains and glockenspiel to turn a few lonely notes into a blissed-out night sky. Whenever his piano starts to feel too melancholy, Bye performs this trick, shifting focus to the background, giving Bethanien the exquisite but sinister feel of a Tim Burton movie. Only once does he take it Sweeney Todd dark, with ‘Across the Sun’ employing howling wind and manipulated church bells, the piano sounding looser, strings trembling in fright.

Despite this Halloween moment and the album’s frugal orchestra, most of Bethanien is a jolly affair, one that could easily pass for an engrossing TV soundtrack (if it reached the right ears at BBC4 they’d shoot a Euro-thriller around it). The final waltz of ‘Ende’ gives it a cinematic pay-off, the keys straining towards happiness as Bye loops out little flourishes, notes as playful as a gust of leaves. Maybe the hospital-wandering Swede can see the final movie better than we can but to anyone who’s ever visited somewhere rustic Bethanien is never short of enjoyable, its shaky three-minute piano compositions as emotive as Perfume Genius if he didn't have a voice. Another solid addition to Tona Serenad’s catalogue, it’s designed to take you back to a safer place but one that isn't all green fields, and has its fair share of oddities.