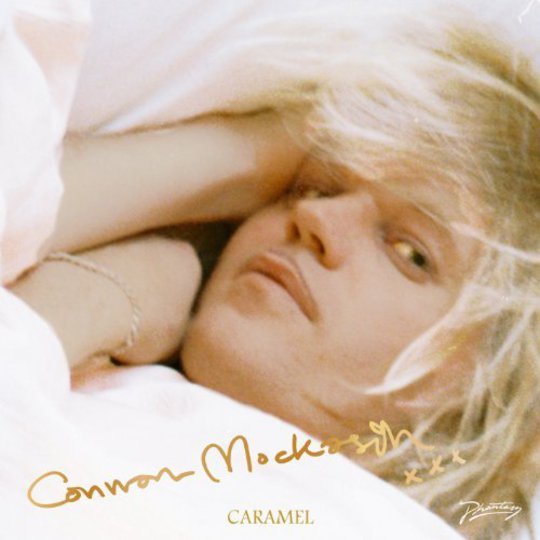 Caramel, the latest release from the genre-defying New Zealand artist Connan Mockasin isn't an easy record to stomach. Since I begun writing up thoughts on music and attempting something close to legitimate critique as a teenager, I've always made sure to avoid the so called curse of non-professionalism that is first person writing. Regardless, this isn't a conventional album and if it helps me settle on something akin to an opinion by the end of this review, then it's worked.

Having received name drops from the likes of Beck, Radiohead, The Horrors and Charlotte Gainsborough, it's easy to assume that there's something unique and worthwhile to Mockasin's bleary strain of weirdo-pop. Initial listens were awkward to get through and to my admittance, it was entirely my fault. My first exposure to Caramel came on the train home following a particularly sluggish day at work, which understandably left me with little tolerance for what seemed to be nothing more than trite, tuneless art-pop. It became clear enough when listening on the stereo at home that this album deserves far more than a fleeting listen on a noisy, sweaty rush hour train journey. This is a subtle journey through Mockasin's own personal experiences, built upon slight contextual nods and metaphorical sounds. Above all, his strengths lie in obscuring what is often remarkable song writing under bewildering layers of psychedelia.

In a recent interview with The Guardian, Mockasin claimed that he hasn't listened to any new music in what may be close to 10 years (with exception to Metronomy's latest on the wrong RPM). Such comments may just be thinly veiled lies, projected to make him out as a kind of modern musical prodigy since hey, who needs modern context for inspiration? In addition to these remarks, Caramel was intentionally recorded as a concept album in that, it simply runs and weaves it's songs together like any good album should. However you may interpret these comments, the music speaks for itself:- elements of retro funk, soul and classic rock are used to create a hypnotic, often hilarious product of musical imagination. Mockasin has an alluring mystery and attitude that's oddly alienating in an age wherein everyone's heard everything, and here we have a man who lays claim to owning nearly no music yet produces diverse art.

The bulk of Caramel is made up of five central tracks titled 'It's Your Body' 1-5 which maintain the narrative built by his debut album Forever Dolphin Love. This chaotic sequence of tracks grows from freakish vocals and contorted guitars into a sombre instrumental combining warped experimentation among samples of Japanese speech. Mockasin's voice itself is further testament to his talent but often strikes as woefully comical as his nightmarish croon is contorted to great effect. It's easy to write this whole package off as experimentation for the sake of peculiarity but given time, you'll want nothing more than to simply understand what makes it all so enjoyable. A fascinating album and one which will reward with an attentive ear, just don't expect an instant, agreeable listen.