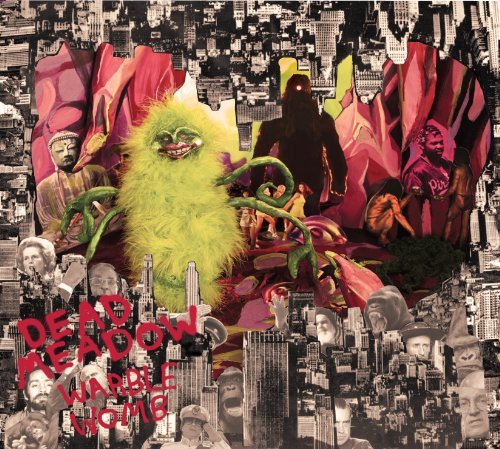 If cynics can make it through to the second half of Warble Womb’s mammoth 70+ minute running time, they’ll find Dead Meadow to be more embracing of THE HEAVY in the album’s latter stages.»

Warble Womb, where it's warm a shelter from the storm. Three years since the last Dead Meadow release the band has had line-up changes, continued their rigorous touring schedule and worked with legendary artists like Dave Davies (of the Kinks) ... Members of the band have made solo records and Jason Simon has continued his country-Dylan-inspired Old Testament into new ground and new recordings. Steve Kille has continued recording artists like Kim Deal and ex-GBV alumni Jim Greer along with running a label and playing bass in a recent incarnation of fellow tripper Steve McBean version of Pink Mountaintops. Finally and most importantly we have seen a return of original drummer Mark Laughlin who in 1998 co-founded Dead Meadow and on this 75 minute album we hear him again on a studio record the first time in eleven years.
description from www.roughtrade.com