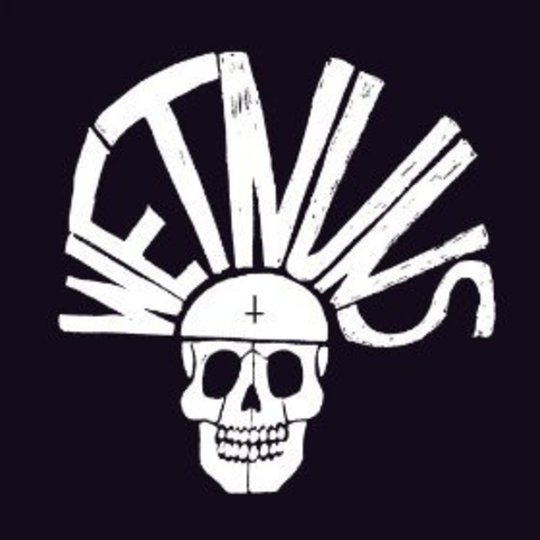 If you shoot rock music in the head, it will merely sprout two more, doubling the noise, the gristliness and its own tenacity in the process. As such, it can breed in hostile areas: from areas of staunch political conservatism to cities long-dominated by forward thinking, avant-pop acts: scenes which may grow wary of its brash, outspoken nature and goatee.

Enter Sheffield’s Wet Nuns, whose self-titled LP is so unabashedly ‘RAWWWKK!!’ that it dispels any condescension or criticism about its genre before they’ve had a chance to be registered.

In a city where The Human League, Pulp and Arctic Monkeys have been at the forefront, it is hard to see where these US- aficionados fit in. There is barely anything colloquial, poetic, detached or ironic about anything on this LP. What it is though, like the Sheffield of yore, is industrial and blue collar; this record is a far cry from the irony-laden student discos or Smiths B-sides nights, this record is a punch-up outside a pub on a grey Saturday.

Despite being more akin in sound to blues and desert rock, there is a lack of pretension on the record that would play well in the steel city. The vocals are raw and riveting, accompanying no-nonsense, crushingly tight drums and molten guitar licks. The record in no way breaks boundaries and is in no way focussed on anything typically northern - what it is a double-dose of raw Americana which crashes into the blood stream and is over before the listener is given time to think. From the point when the Tom Morello guitars of ‘7 Year Itch’ burst in, to the dusty truck stop 12 bar of closer ‘No Money Blues’, Wet Nuns are uncompromising, the lyrics “B.B.B.B Bad To The Bone” and the vocals larynx tearing, tortured; bandana wearing. In fact, there is so little respite that the lack of respite itself warrants a certain respect; the only track that feels vaguely contemplative is the mid-point offering of ‘Only Something’, the moody effects and slide guitar solo a welcome antidote to the usual bloated, lighters-in-the-air ballads that are rushed in to rock records like this in order to mix up the tempos.

Despite the fact that the band split during the writing of this review, the record is one hell of a way to go out - one of the few cases where Neil Young’s cliché of “It’s better to burn out than to fade away” could be legitimately applied. It is as thunderous, tumultuous half hour of rock music: one that is a testament to the genre’s resilience and continued appeal. Wet Nuns is not nuanced, experimental or even original- nor does it contain any wry social commentary: in fact, you could easily describe this LP as a one trick pony. The only problem is, this one trick pony will smash a pool cue over your head for saying so.