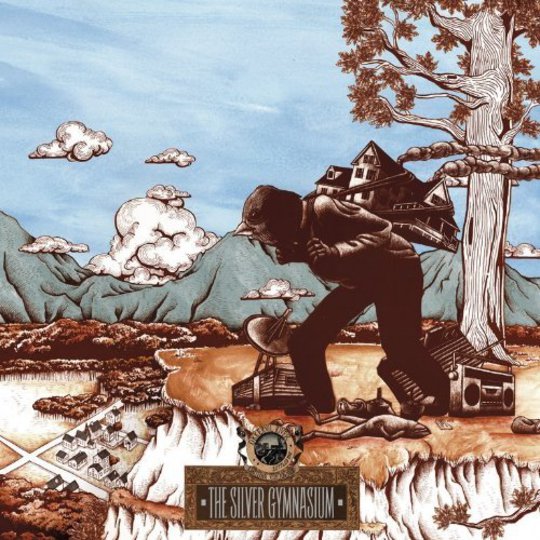 Through his work with Okkervil River, Will Sheff has consistently been lauded as not simply a musician but that loftier thing: 'a writer'. It’s easy to see why, too; not since Richey Edwards parked his car on the Severn Bridge has a lyricist strangled so many syllables into songs with so much contempt for rhythm. The difference, of course, is that Sheff writes the music, too.

The Silver Gymnasium is a return home in more ways than one. Where 2011’s I Am Very Far sometimes drowned in instrumentation as a result of layering takes, Sheff has shed his shroud of sonics in favour of a lighter production reminiscent of 2008’s The Stand-Ins.

Relinquishing control of the desk has allowed Sheff to plunder his past for inspiration. He explores his home town both through the eyes of his younger self and the wearier man that boy grew into. Of course, this being Sheff, the project is as rife with self-aware asides on the perils of nostalgia (“show me my best memory/it’s probably super-crappy” as it is with references to Atari and The Last Starfighter .

The words hurtle from Sheff as a single expunging of emotion, reading as well on the page as they sound to the ear (“crystallised wishes, like kids crying for Christmases/ticking off lists with their pens in their fists “) and the music propelling him every step of the way.

Although the record’s production and subject matter suggest a retreat to the familiar, that’s not the case. Despite a recognisable identity, no two Okkervil albums actually sound the same. Making an OR compilation is akin to the separation of daemon from human in Philip Pullman’s His Dark Materials; each song bound to the one beside it, with any attempt to part them resulting in trauma.

On ...Gymnasium, Sheff frontloads the album with some of the catchiest songs he’s ever written. ‘Down Down the Deep River,” in particular, is so pleasingly sprightly in its darkness that even the verse hook of“but it’s not alright/not even close to alright” sounds like a triumph.

Opener ‘It Was My Season’ pits bar-room piano against teenage terror (they say that I’ll go to college/they say that you will stay home/and watch while I’m leaving/and that the cold will just creep in) and then runs it straight into Born To Run-era Springsteen with ‘On a Balcony,’ assuming that the listener is invested enough in the concept to just go with it. It’s flawlessly executed and an absolute joy to hear.

In fact, the first two-thirds of the record are so good that when ‘Stay Young’ arrives, it’s like having the most peaceful sleep interrupted by a bucket of ice to the face. Here the record descends into parody, with sparkly Eighties synths and palm-muted funk guitar-picking only outdone in their crassness by the saxophone solo that resurrects all the worst images of that decade. With such a sour taste in the mouth, ‘Walking with Frankie’ doesn’t stand a chance.

In the end it doesn’t actually matter, as the song is so forgettable that its placement actually helps the album as a whole. If Arcade Fire tribute bands wrote their heroes a song, it would sound like this. As authentic as No Way Sis performing ‘I’d Like to Teach the World to Sing’ on Top of the Pops, it simply shouldn’t be there.

Luckily, ‘All the Time Every Day’ raises the bar and ‘Black Nemo’ ushers in a classic Okkervil closer to accompany ‘John Allyn Smith Sails’ and ‘Bruce Wayne Campbell Interviewed on the Roof of the Chelsea Hotel, 1979.’ It’s a wistful sigh driven by slide guitar, piano and wonderful backing vocals from the returning Jonathan Meiburg.

Much like the youth the record so pointedly evokes, it’s worth going through everything to get to this point.