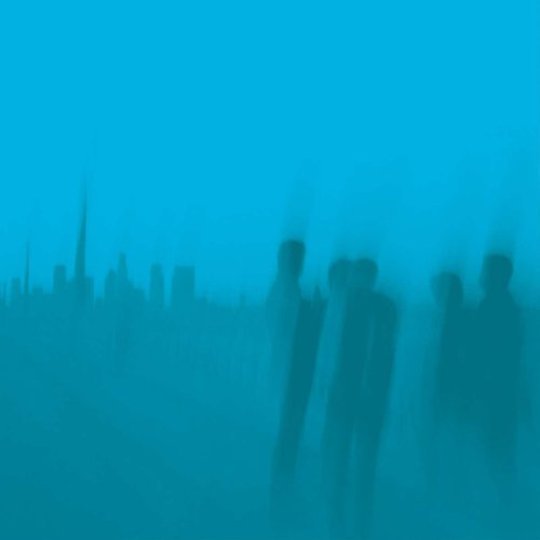 As a gut response to being surrounded by infinite soapboxes for those with opinions and arseholes, cynicism is the armour du jour. Especially now that we fight our battles in comment sections rather than the trenches, it takes something pretty exceptional these days to fully bypass the firewall of our emotional accessibility. The gut-punch of sincerity that Touché Amoré frontman Jeremy Bolm delivers on Is Survived By though, threatens to be just that.

This key hook to the band’s appeal - the sense of Bolm’s almost paradoxical knack for the encompassingly personal - is apparent from the off. He speaks overwhelmingly with an emphasis on the first person in both pronoun and perspective, and the outcome is that his lyrics come from an intensely self-reflexive place, often going so far as to recount experiences and conversations in minute detail. Crucially though, all the while he manages to do so whilst appealing to a wider body, largely without being reduced to trite maxims. When those lyrics really hit home, they hit hard.

As suggested in the title, the dominant issue framing the record is a dissection of mortality, and all the accompanying questions and anxieties raised by that topic. On opener ‘Just Exist’, a blasé response to the question ‘How would you like to be remembered?’ sparks Bolm off on a two-minute frantic analysis of the purpose and potential legacy of his life. Ultimately it comes down to the bleak realism of the penultimate line: “To swallow mortality is enough of a task and leaving your mark is just too much to ask.”

By the time of the closer and title track, though, the idea of a legacy outside of a solipsistic perspective – surviving beyond your brief time as an individual within others – is driven by the life-affirming quality of his experiences in music: “This is survived by who held me up. / This is survived by who sang the song. / And that sense of purpose has made it all worth it” .

In light of these two bookending moments, the sense of an overarching process or narrative through the record emerges. By having not simply engaged with the concept throughout, but instead refracted his explorations through other existential lenses (art, romance, social awkwardness, depression, friendship), his final resolutions on the closing title track are all the more assertive and powerful.

Underpinning these lyrical preoccupations is the sense of unity between lyrical content and sonic form. Words and music are in symbiosis in the band’s work, feeding off one another to mutual expressive benefit. The sharpness and rapidity of the cymbal work on ‘Social Caterpillar’, for instance, works to reflect the sense of disorientation in Bolm’s lyrics. ‘Harbor’ steadily grows and develops out of its down-tempo, the second verse slowly picking over the hinging realisation “that my heart […] never felt this inspired to have direction, to feel complete, to embrace affection, to end all the woe is me”, and it’s accompanied by an exhilarating percussive bounce to reinforce the sense of change in lifestyle and the self.

Appropriately, ‘Harbor’ is perhaps the best indicator of the developments the band has made since 2011’s Parting the Sea Between Brightness and Me. It builds in a manner that wasn’t permitted on that blisteringly taut record – packed as it was with staunchly two-minute rule adherent songs – and the outcome is that the tempo and trains of thought are allowed to both gestate and shift sharply without disjointedness, consequently making the closing section all the more potent for growing through the transitions.

Is Survived By is a bold and interrogative record - if admittedly, not an especially boundary-breaking one – full of both heart and head. It’s a cohesive experience, solidly held together within itself, spurring re-listening not just as a conscious opportunity for thematic re-evaluation, but through the compelling, primal sense of purgative compressed energy within their sound itself. It’s that combination which serves to make a stellar document of a distinctively modern post-hardcore band, one performing the kind of intelligently heavy music which Deathwish, Inc circa 2013 is making its highly reputable calling card.