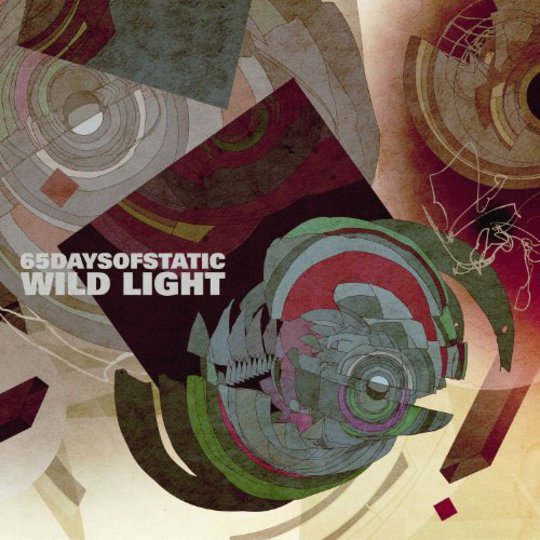 In closing their last album proper – 2010’s We Were Exploding Anyway - 65daysofstatic threw just about everything at the wall. A ten minute distillation of all conceivable elements associated with 65’s particular wheelhouse, ‘Tiger Girl’ didn’t truly kick in until halfway through (natch) when the arpeggiator switched on, priming the usual crescendo expectation.

If one wished to be cruel, they could label the track a meticulous box-ticking exercise, but it’s much too dynamic to be dismissed in such a manner. Though it remains faithful to its trappings, there is something quite brilliant about how the song acknowledges your expectations by holding off on the outro to the point that the listener’s instinct is to go to the guitar before the band do.

The tension justifies the release, and vice versa.

Where to go after such an exhausting victory? An EP would follow, but Heavy Sky is more appendices than fresh chapter. A fresh score for Silent Running served as tribute and milestone. Wild Light, wisely, never quite explodes like ‘Tiger Girl’ and it’s a better album for it. The payoffs here (for there are many) are less immediate, less concerned with ferocity and punctuation marks. Aftermath hangs heavy over a record that gives little away, preferring to pose questions rather than answer them. Songs pulsate rather than scream. The emotion is here, but it requires deciphering.

”There is a lot of danger out there, ok?”

Wild Light begins with a warning. In many respects, the album feels as geared for cinematic accompaniment as anything 65daysofstatic have ever created, Silent Running included. ‘Heat Death Infinity Splitter’ could only exist as introduction to a dystopia, its brooding synths and mechanical clanks calling to mind the grim daily routine of the workers in Fritz Lang’s Metropolis. The gradual progression is indicative of Wild Light’s narrative as a whole. This is very much a straight line, a collection of tracks that lose a little strength in isolation. ‘Heat Death...’ provokes unease but refuses to deny the possibility of triumph.

‘Prisms’ alters the script slightly, its heartbeat more akin to the dancier aspects of We Were Exploding Anyway. Here, the first real sense of containment emerges as the track builds and builds but, much like Nine Inch Nails’ ‘Copy of A’, the goal is achieved through small, satisfying lifts. 65 box themselves in throughout this album, but always leave room to breathe. The prolonged ellipsis that closes ‘Prisms’ is just one of many areas in which Wild Light invites quiet contemplation. ‘The Undertow’ picks up this thread with delicate piano-led digressions that often speak louder than the surrounding swell.

Still, one should not downplay the power that comes with these explosions. 65daysofstatic don’t need to prove themselves when it comes to providing suitably sky-scraping climaxes but the closing arguments that populate Wild Light carry significant weight thanks to the restraint that precedes them. ‘Taipei’ is very much in tandem with ‘The Undertow’, its piano a little sharper, its palette richer, the eventual move into more frenetic territory organic and ultimately more effective than the likes of ‘Blackouts’ and ‘Sleepwalk City’, which, while impressive in their own right, feel less adventurous than their counterparts.

The signposts are difficult to avoid – this is a 65daysofstatic album, after all – and while Wild Light correctly prioritises focus over twists, there are sections that catch you by surprise, most notably the abrupt bass-heavy pauses that creep through as ‘Unmake the Wild Light’ opens up. It’s a moment of especially clever invention on a track never short of guile, one that seemingly peaks halfway through only to keep going and peak again and then another minute and another highpoint, all with a pleasing lack of overt intensity.

And yet nothing hits quite like the conclusion. ‘Safe Passage’ takes time to connect, stretching within an uneasy atmosphere before a barrage of near-overwhelming light races to the surface, the tension justifying a release that spreads across several minutes of bittersweet euphoria. It’s a defiant answer to the questions posed some three quarters of an hour prior, one that reaches for everything in its grasp. And then, just as the light bursts all the way through in one of the most beautiful and cathartic realisations of 2013... exeunt omnes, gone. Full stop. Perfect.