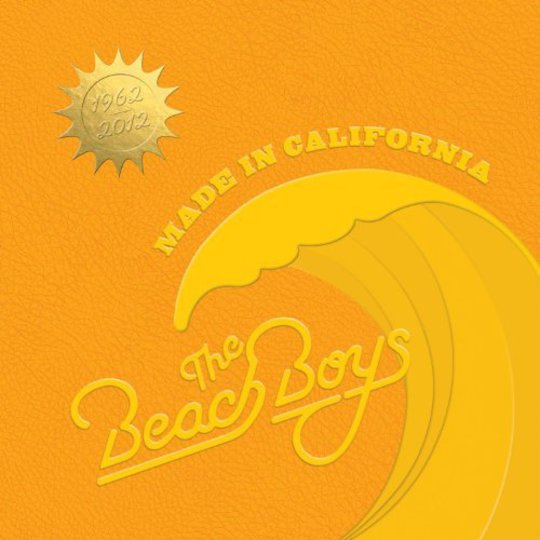 A six-CD box set spanning The Beach Boys' 50-year career is a treat no matter your angle, your fear of corporate milking or even a dislike of the band. There’s something here for you and although only completists need this, as an investment this will have value for even casual fans. As a document, elaborately wrapped in squidgy yearbook book and with pages and pages of band commentary, pictures and articles, this is an achievement and looks beautiful.

It should look beautiful, for it houses six discs of some of the finest music put to record. Maybe it would be fun and preferable to own all the albums individually (on vinyl) but there are an impressive 60 unreleased tracks on Made in California. Some of them are wonderful, although many are radio jingles, slightly tweaked mixes and live tracks.

The collection goes chronologically; the surf sound, Brian’s renaissance, the cracks of uncertainty and drug abuse, the garbled an often stunning attempts to carry on regardless and then the band becoming an institution, both commercially and mentally. The Beach Boys are a history of the music industry, the artist, the band.

The breadth of the collection highlights two noteworthy points. Firstly, despite the change in sounds over the time, the evolution is surprisingly subtle, such is the underpinning strength of the vocal blend. Sure ‘The Night Is So young’ is brilliant and brilliantly ‘power-produced’, but then play it next to ‘Salt Lake City’ and then ‘Sail On Sailor’ and all the tracks can sit next together. Playing it on random setting shows a surprising coherency, which the size of this release points out.

Secondly it shows that Dennis Wilson was a genius equal to Brian. When Brian tired of writing superb surfer ballads and moved on to orchestral masterpieces, Dennis picked up the mantle, adding a sense of wisdom that replaced Brian’s wide-eyed balladry. Discs three and four give Dennis plenty of slots and rightly so. On disc four, from the Surf’s Up/Sunflower/Holland period there is a fantastic composition ‘(Wouldn’t It Be Nice) To Live Again’. It’s Dennis stacked with rugged heartbreak and regret. ‘Be With Me’ shimmers (it was the B-Side to Breakaway’), ‘Celebrate The News’ trips in the verses before plateau-ing beautifully and dramatically and ‘Forever’ has to be considered one of the finest Beach Boys songs.

Similarly on disc six, a disc of rarities, Dennis’s previously unreleased composition of piano and solo vocal ‘My Love Lives On’ is breathtaking. Dennis’s gruffer voice radiates his world weariness, his voice sounds paternal and his instrumental unreleased cut ‘Mona Kana’, recorded in the 20/20 sessions and undoubtedly with a vocal penned, has the finesse of a John Barry composition. The only thing missing from this collection would have been cuts and exclusives of Dennis’s ‘Pacific Ocean Blue’ (and possibly any alternative versions of Brian’s solo ‘Love And Mercy’).

People will take from this what they will and therein lies its beauty, that so much can be taken away. This collection provides years of Beach Boys fun and suitably celebrates their 50 years.