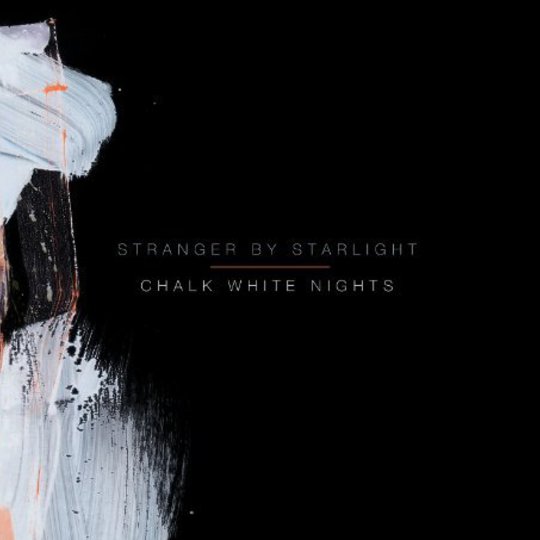 A prolific collaborator, and of course the frontman of a truly legendary band in the shape of Oxbow, Eugene Robinson’s work only seems to get more off-kilter as the years go by. Stranger by Starlight is a new venture with composer Anthony Saggers (Stray Ghost), and Chalk White Nights makes for one of the most uneasy listens of the year thus far as hymnal minimalism collides with stately paranoia over the course of five lengthy tracks.

Opener ‘The Night of No Sleep’ is the perfect introduction to the duo’s approach. Saggers’ music stumbles uncertainly through the dark streets of the night only to encounter the haunting, yet strangely assured, tones of Robinson, whose voice both contrasts and colludes with the ambient tones. As on the Sal Mineo album he produced with Jamie Stewart (Xiu Xiu) earlier this year, it often sounds as if Robinson is merely rambling; a deranged ambassador on the outskirts rather than the genuine protagonist.

Such an initial impression is gradually put to rest as the record continues. Increasingly the delicate textural collages that Saggers creates begin to surround and become one with Robinson’s voice. If the earlier tracks see Stranger by Starlight as a juxtaposition between two distinct creative minds then, by the time ‘The Last Days of the Sinner’ arrives, a hive mind between the two artists has definitely been successfully formed. It’s here that the album truly comes into its own, with the music taking on a more pronounced feel and with Robinson’s delivery gradually becoming more bombastic. When he utters the immortal line “we should have killed him a lot quicker than we did”, the record lives up to its billing and becomes truly chilling.

Closer ‘A Black Cat’ also hints at a more expansive musical future for the pair. Saggers crafts sounds almost akin to the minimalism at the heart of modern day Swans, whilst Robinson moves towards full on dementia. He bawls and howls his way into the nightmares of listeners as the album truly boils over at last. Paradoxically the effect of this increased musical and vocal tension is almost soothing. It’s the moment of release after a record built on a slowly escalating aura of immense claustrophobia. It says a lot about Eugene Robinson’s ability as a vocalist that when he actually sings it seems scarier than him screaming his head off.

Of course it must be acknowledged that Chalk White Nights is a bloody difficult record. Mentions of the Bad Seeds in the influences section are worthwhile. In fact the subtle arrangements of Push the Sky Away aren’t always a million miles away from what Saggers conjures up here, but the similarities are not such that this ever really feels like an album of songs. It’s a joining together of sounds and words that is almost amusical in its obstinate refusal to bend to structure or convention.

As a result, it’s hard to see it as anything but brilliant.