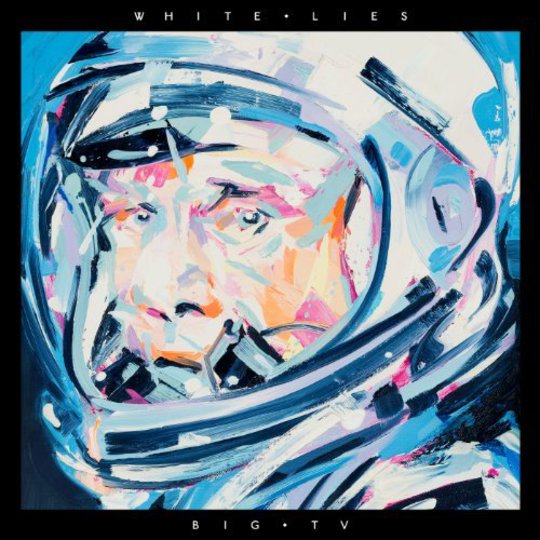 Crikey, are this lot still here? Despite a knack for robust indie sort-of anthems that are never actively awful White Lies must be the least memorable ‘buzz band’ in the history of hyperbolic music journalism. Their arrival was probably the last hurrah for the chart-bothering indie boom of the noughties, the one that started with the genuinely exciting (Libs, Franz, Bloc Party) sailed through the everyman (Kaisers) via the bloody awful (Fratellis) and ended with the interminable (Editors), before we all realised this grubby-boys-with-guitars thing had got a bit boring again.

White Lies pitched up at the end of the cycle, doing more or less what the Killers had done a few years earlier, filtered through Interpol’s slightly more maudlin sensibilities. They did it well too - ‘To Lose My Life’s’ gloomy pop was worthy of its XFM ubiquity and its similarly-titled parent album’s stint at number one still felt like a minor victory for traditionalists who like to see guitar bands doing well on the chart. Not a bad album, not a bad band. But not a great one, either.

Now on to album three, Big TV and things haven’t really moved on. They’re still not a bad band, it’s still not a bad album. It’s still not great. They’ve clearly made a conscious decision to move beyond sounding like a lads mag Joy Division, to widen their sound into something worthy of their arena-sized audience. In doing so they’ve come to exactly the same conclusion as the similarly gloomy Editors did earlier this year. Ernestness + stadium ambition = Simple Minds.

The Scottish purveyors of the Big Sound are all over Big TV. They’re there on early pop highlight ‘First Time Caller’, on the properly massive-sounding ‘Getting Even’, especially on recent single ‘There Goes Our Love Again’. Stabby strings, burbling keys and chuggy guitars under that emotive baritone that makes everything sound terribly serious, all brought together and given a nice spit and polish by producer Ed Buller. The results are, well, they’re fine. Not a bad album, not a bad band. You get the impression White Lies are aiming for more than that though. For a start they’ve put together a concept album, following the loose story of young lovers- admittedly someone actually has to point this out or you probably won’t notice, and it’s hardly A Grand Don’t Come For Free, but once you’ve spotted the narrative it is quite satisfying. At least there’s an attempt to punch through the just-okay-ness permeating this band. The grand ambition is emphasised by a couple of short instrumental interludes, all synthy washes and vaguely sinister piano. Sadly, spacey instrumentals do not Dark Side Of The Moonmake, but it’s an admirable attempt to widen the scope.

Ultimately though, what saves Big TV from mediocrity isn’t its ambition, but its hooks. White Lies know how to do melody, and Ed Buller - having worked with everyone from Suede and Pulp to the Courteeners - is really, really good at channeling that skill into polished guitar-pop records. ‘First Time Caller’ has an absolute belter of a chorus, as does ‘Be Your Man’, even if The Killers were doing exactly the same thing back in 2005. The record actually peaks with its title track, right at the top of the show. The hooks here are genuinely brilliant, and there’s a seismic chorus that follows about two minutes of musical foreplay, gathering momentum like it’s tumbling down a hill, rolling in sinister melody and atmosphere like a football through a fresh cowpat, and coming out twice as well fertilised and half as pungent. It’s great stuff - it’s just a shame the following hour of music doesn’t live up to the promising start.