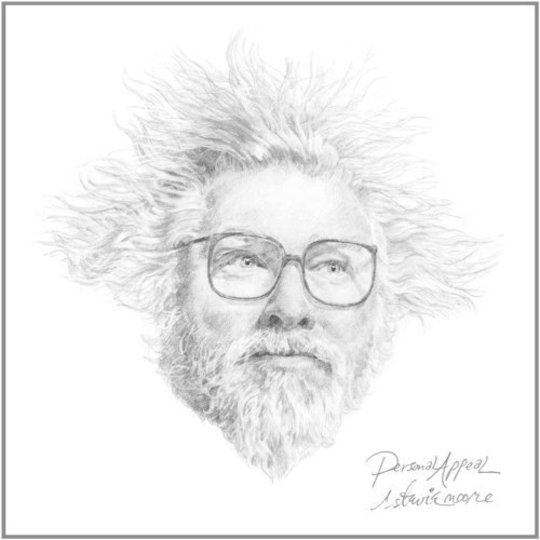 Unrelated thoughts and sounds can sometimes find an uneasy home together, even an alternate meaning, when juxtaposed with one another in close confines.

On compilation album number 42 (there’s meaning there if you want it) culled from his 400+ deep back catalogue, 61-year-old R. Stevie Moore presents us with a 15-track collage of what are, in and of themselves, miniature musical collages, clashing like cymbals.

Casting himself as the eternally lovable loser, the savant, the joyous cynic, the downbeat clown as he has for the span of his four decade career, it serves as a compliment to last year’s Lo Fi High-Fives, a majestic strut through some of the New Jersey bedroom maestro’s most accessible, most ‘pop’ material.

While that record had the big tunes (‘Showbiz Is Dead’ and ‘Big Mistake'), you’d expect this default companion piece to delve down into Moore’s plentiful excursions into more impenetrable experimental music. It doesn’t – instead offering a gentle slide into the swirling pool of Moore, obscurities that hint both at his pop potential and his avant-garde tendencies.

What Moore does most, maybe best, is the unexpected. The alarming comic cod-cockney rant of ‘Makeup Shakeup’ – a chamber orchestra backed dose of criticism for a female friend covered in slap who has "mascara dripping down your lips / and now you’ve got it all over your hands / what a mess you are ". It’s a carefully conceived abstraction of both classical music and rock misogyny that’s not willing to play ball with expectation or convention.

When you would normally hear words of love and devotion, perhaps of loss, as on the ostensibly tender acoustic ballad ‘The Picture” you instead get a wanking song to match Sebadoh’s ‘Homemade’ in naivety and sweetness – “I never thought your picture would always treat me right” he pines, then wrongfoots us once more with the ludicrous “All I can do is look / at your privates in a book”.

Where there might be generic, predictable quirk-rock as on ‘Pretend For A Second That You Are Very Intelligent’ you instead get grinning but grave proclamations of the death of music – “Everyone knows rock n roll is deceasing/ It’s all just repetition” before welcoming us all back in (after a fashion) with “Why are you acting so dumb?...You should be unable to control your imagination”. Joyous misanthropy isn’t something you come across too often.

Musically Moore is all over the place. ‘Quarter Peep Show’ is a reverbed-out hoedown splashed with wails of frustration; ‘Forecast’ is hung together by cowbell and handclaps before a zombie Gene Vincent riff rears up and collapses on itself; ‘Man Without Purpose’ a primitive trance tune conducted on what might be an antique Bontempi. This is no bad thing. Incongruity is key, discomfort vital.

There are, even while marveling at the lysergic otherness of it all, absolutely great songs here.

‘Old’ is a Super Furry treat as we discuss cold dinners to the sounds of alarm bells and gorgeous harmonies half-buried in the collapsing debris of Moore’s musical construction; ‘Structure Of Love’ hears Peter Buck e-bow over chiming Byrd strums made strange by sudden breaks in sound, sharp drops like a sentence half spoken and continued after a pause for irrelevant thought. It strays briefly into a swell of post-rock but tricks you out on the last chord change to leave you half-sated. Interrupted finally by a spoken word explanation of the musical gap we’re currently experiencing it’s more than unusual, a VHS bedsit hymn from another world.

Certainly there are fractures here in this clown-eyed world view, and seemingly unnecessary attempts like ‘I’ve Begun to Fall in Love’, which sounds overtly Lynchian, present not boredom, just puzzles; alternative understandings of conventions.

Moore opens ‘Treat Me’ with the words “Fun, 2,3,4” and begs “Treat me like you would treat a disaster movie / treat me groovy” and you know, you absolutely know that while this could sound like someone who has forgotten what music should sound like, it’s more likely that it’s someone who has fully understood music’s tropes and devices and related to them differently; expressing them in an entirely unique way.

Moore is a collage artist of the highest, silliest, most joyful degree – and as he pulls together strands of strange, whisps of weird, odours of otherness you’ll be compelled to dig, dig deeper into the man’s psyche and back catalogue. And be rightly, wrongly rewarded.