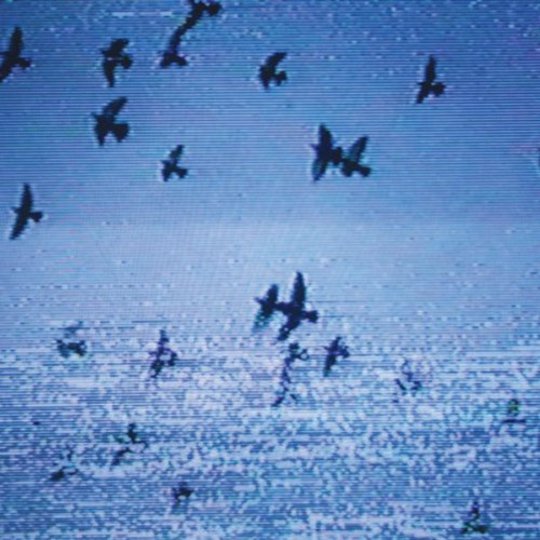 If yes, then you'd best stay away from Rob Glover's Field Harmonics. Opt instead to hang out with the other half, Benjamin Holton's, My Autumn Empire (a satisfying facsimile).

Unless you've an unapologetic taste that draws you towards New Order and not Joy Division. Unless Depeche Mode's morose charm sees you faking a seizure as you writhe and moan to Dave Gahan's blasphemy. Unless, you happen to like plastic synths spattered with 8-bit glitter. And drumpads, of course. Lots of drumpads.

Walls, Rob Glover's first offering as Field Harmonics, isn't really trying to hide anything. It is a patent homage to the Eighties and it, admirably, makes no bones about it. It doesn't pretend to be contemporary. It doesn't live under the illusion that it deserves a place in the twenty-first-century. It doesn't want to conform and contribute to the ubiquitous post-rock soundscapes that multiply enthusiastically on our indie blogs of choice like supercharged amoebae. Field Harmonics don't want to recreate the Eighties. They want to BE the Eighties.

And Rob's is the most authentic Eighties voice you'll hear in the 2010s.

Going solo reduces your resources, but gives you creative control. We would never have expected epic45 to create 'Happenstance' - the Human League may be a childhood memory, but it's not what soundtracks our flashes of nostalgia. We don't expect chillwave either (are we still using that word, or has everyone unanimously graduated to 'lo-fi'?), but 'Walls' and 'Kessler' are mutants that lesser writers would seize upon so they could nonchalantly call each a LOVECHILD of two distinct yet unrelated acts (that would be millionyoung + your new wave band of choice, fyi). These two tracks are made to be played on a summer night. Beachside. Where everyone's wearing stripes and sunglasses. And we see everything through that instagram filter that undersaturates primary colours.

See, you could be fooled into thinking Field Harmonics is anything at all to do with Rob's work as part of a team if you listened to just the plinky-ploonky 15 seconds of 'Proem' that breathe open the album. However, if you've stayed on the ball and heard 'Everyone' (parts 1 and 2) beforehand you know you're in for something resembling a basement project - adept, but forgiving. The hooks are few and far between, and the sound may drift into that dangerous patch where you can visualise the process of creation, without being able to focus solely on the music. Me, I can't listen to either of the 'Everyone's without seeing the laptop and the frown lines.

Walls suffers the same fate as the bands it ends up honoring - it can never be called 'beautiful'. But it gives you nothing to complain about. It's a capable, though not expert, guide leading you through a time that you never forgot.

TL;DR: Looking for epic45? Skip. Miss the Eighties? Get.