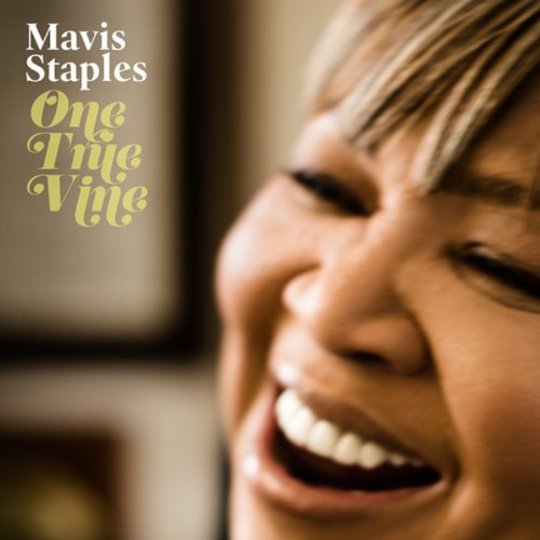 When Mavis Staples entered the now obligatory latter day reassessment period of her career, then rather than attempting to uncomfortably move with the times or cash in on her iconic status, she simply took the hand of Wilco’s Jeff Tweedy and made her highly regarded 2010 album You Are Not Alone like it was no big deal.

Though Staples had never been away from music – the previous decade had seen collaborations with Ry Cooder and Bob Dylan among others – it was Tweedy’s clear, precise production that brought Staples the dues she’d been owed since her days as a member of The Staple Singers back in the late Fifties.

This time around the powerhouse vocalist has stuck with what’s right and kept hold of superfan Tweedy as well as welcoming his 15-year-old son and member of The Blisters, Spencer, on drums (he's excellent by the way and drum sound is cheekily prominent throughout).

Again, rather than attempting some great leap of style or a wild diversion in content Staples has stuck largely to the kind of spiritual devotional and secular personal positivism songs that made her name and made her great.

That the album succeeds for much of its duration is partly down to the choice of material; largely down to Staples’ faultless, subtle intonation and interpretation of these songs written by the likes of Nick Lowe, her father Roebuck Staples and George Clinton; lastly due to the always impeccable intuition and skill of Tweedy senior’s writing (he takes care of three tunes here), playing (he covers the bases on almost all instruments bar drumming) and production (conspicuous when it needs to be, transparent and clear-eyed the rest of the time).

Stall-setting duties fall, however, to Alan Sparhawk whose tremulous ‘Holy Ghost’ (which appeared on the Tweedy-produced Low album The Invisible Way earlier this year) is remodeled by the Philadelphia-raised singer as a hymn to the guiding influence and trustworthy nature of a certain titular unseen force. Staples is pulling together some interesting threads here – as a true believer herself, in choosing to cover one of the only truly credible ‘religious’ bands of modern times, particularly one that has done fine work with her producer, is something of an olive branch to listeners who may see themselves as too alternative for gospel, not in need of a record for the lord.

It works because Staples means it, because she’s absolutely true to her beliefs and it’s reflected in every note.

There are two more early standouts, an acoustic take on Funkadelic’s ‘Can You Get To That’ that strips down the electrified romp of the original and molds it into a soulful, choral soul stroll, and the Wilco leader’s ‘Jesus Wept’, as good a loss song as you’d find in their back catalogue with the additional weight of Staples’ pained, half-whispered vocals. Believe that when the chord drops and she tells us "I should have told you I could live without you" then trembles "But I don’t want to" you’ll either fall to your knees or rise in awe.

There’s some banality thrown in for bad measure though, as on Nick Lowe’s 'Far Celestial Shores’ which finds itself undone by his adherence to cliché and the gospel blueprint.

There’s also the mire of the muddled ‘What Are They Doing In Heaven Today?’ which ties, for the non-believer, unrelatable lyrics to trad folk without any other element (other than a sweet hi-hat sound) to balance out the blunders.

Of course the religious nature of much of the content here is going to prove an issue for some, but like the aforementioned Low record The Invisible Way, the material is doled out with such heart and honesty that you can’t help but empathise with the joy the messenger describes. You don’t need to love god to love gospel just like you don’t need to worship Satan to love Maiden.

That said ‘Woke Up This Morning (With Jesus On My Mind)’ which offers "I’m singing and praying with my mind/staying on jesus/hallelujah" set to a bland acoustic shuffle, could tip doubtful listeners over the edge – but you’ll be pulled back from the brink by the throbbing low-end bass and penetrating squeal guitar of 'I Like The Things About Me’ and closer, the Tweedy-penned title track;

Not only is it one of the finest songs either he or Staples have ever been involved with, it’s also a heart-reaching instant classic that has all the richness and depth of a standard, the passion of an inspired, instantaneously brilliant idea. The lyric "I trust you, I hope that some day you will trust me too / I want to be what you are to me" typifies the kind of tear-pricking wonder we’re talking about here. It’s an immortal beauty.

So while there are a few moments of blandness, a few moments where tradition sits a little too comfortably for a little too long and where some of us may be a little lost lyrically, there is never any question of the inherent power of Staples’ voice. Nor is there any doubting her skill in inhabiting and altering (for the better) other writers' work like it's an instinct; a spiritual interpreter. Staples and Tweedy’s partnership may not catapult her to renewed fame, but it continues to throw up some of the most sparkling moments of their respective careers.