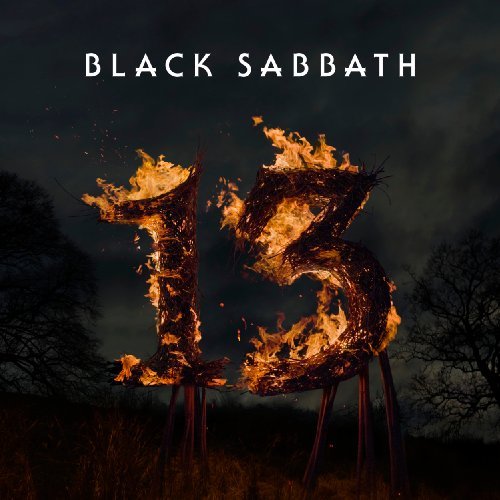 Pint-swigging oldies in faded black jeans who reckon that music peaked circa 1975 will dig 13. Sports-shy pubescents forging a vaguely alternative identity from their mainstream peers by buying Kerrang! once a week will dig it. Most folk in between will nod along acceptingly.»

With their new album '13' - Black Sabbath - the band that defined heavy metal picks up immediately where they left off with eight sprawling songs (five of them are over eight minutes) that possess every ounce of the maniacal vitality of the Grammy-winning, Rock and Roll Hall of Fame inductees' trailblazing work in the '70s. Songs such as 'End of the Beginning', 'Loner', 'Dear Father', and 'Age of Reason' reinforce 13's testament to the enduring relevance of Black Sabbath's long-running reign. Produced by Rick Rubin.
description from www.roughtrade.com