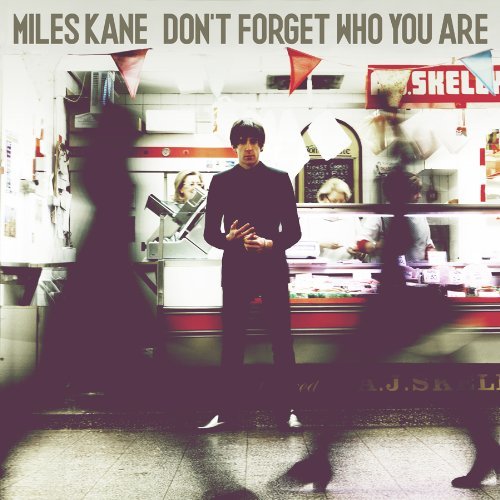 Miles Kane - Don't Forget Who You Are

Miles Kane’s enthusiasm pushes the album along at a relentlessly breathless rate, but enthusiasm can only take you so far and soon tolerance for his vapid and riff-tackular new sound wears thin.»

'Don't Forget Who You Are' is the latest album from Miles Kane, released on Columbia Records. After a busy start to 2013 spent putting the finishing touches to the much-anticipated follow-up to 2011's acclaimed debut 'Colour of The Trap', as well as maintaining his status as a blistering live act on the recent NME Awards tour, Miles Kane's intentions are plain to see. 2013 is his for the taking. Produced by Ian Broudie (The Zutons, Echo and the Bunnymen), 'Don't Forget Who You Are', is an upbeat, contemporary record, with a nod to glam-rock, driving drumbeats and brimming with fierce riffs, as expertly demonstrated on recent single 'Give Up'.
description from www.roughtrade.com