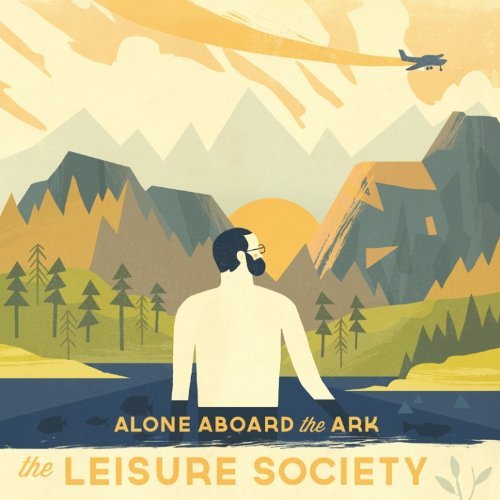 The Leisure Society - Alone Aboard the Ark

The Leisure Society have certainly woven a kind of magic here, but with all their era-hopping it falls a little short of the climaxes of their live performances.»

Double ivor novello nominees the leisure society release a brand new album, 'alone aboard the ark', through full time hobby. the new album was recorded at kinks frontman ray davies' konk studios and captures the band in peak form. 'alone aboard the ark' sees the band expanding their arcadian, baroque pop sound with a more diverse array of sounds and inventive orchestration. 'alone aboard the ark' was recorded on a 2" tape machine and a 1970s mixing desk, and the value of recording live, coupled with the band's minimal approach to arrangement, is borne out across the album. nick etwell's (trumpeter to mumford and sons) brass lines permeate 'one man and his fug', whilst the electric guitar lines heard on 'the last in a long line' were the product of christian and mike's two gretches recorded playing at opposite ends of the studio. even the piano part for 'we go together' underwent a nocturnal reinvention when christian had 'a moment of inspiration, whilst deeply drunk at midnight listening to the playback'.
CD format is an exquisite hard-bound bookpack with lyric booklet.
description from www.roughtrade.com