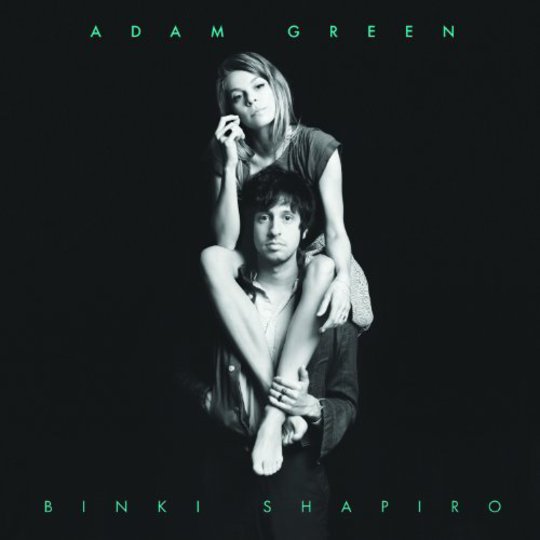 If you’ve been suffering indie-twee withdrawal symptoms ever since Isobel Campbell’s final note on Hawk or the breakup of the Delgados, here’s something to cool your brow - and to prove it’s possible to take a pan-hurling breakup and set it to music from The Waltons. Adam Green & Binki Shapiro are technically a supergroup - he’s one half of Mouldy Peaches, she’s one third of Little Joy - and they’ve recorded a record of cutesy psychedellia that reaches out to anyone at romantic rock bottom. Sure, all music is lovesick but these ten tracks are laced with more schadenfreude than Aidan Moffat’s divorce proceedings.

Green and Shapiro’s hippy guitar sound gels perfectly with their lyrics that snipe at couples caught in freefall. It’s like an angrier, updated Nancy & Lee, with ‘Casanova’ taking a hazy country tune and letting Shapiro sing over it like she’s defending herself on a stalking charge (”Don’t want the wrong person holding me/Why are you always finding/New ways of wasting my time/Why are you always hiding/Am I not supposed to look you in the eye”). The self-hate clashes so comically with the music it’s like listening to a Flight of the Conchords track, the psychedelic harmonies and surf rock guitar adding a cosy but warped little touch.

As the album rolls on, it’s clear the gentler the guitar tunes, the more they come barbed with ferocious, love letter-burning lyrics. This is country pop with black sequins, only safe for mum and dad to put on once the kids have been removed from the conflicted parties’ house. ‘Pity Love’ finds a no-longer-bothered Green explaining his antics to his mousy girlfriend, singing ”My heart is everywhere/Splitting out like thunder/Everybody’s cheating on each other/My pity pity love/Almost stronger than the real thing”. He makes up with Shapiro on ‘Pleasantries’, a duet that challenges ‘Fairytale of New York’ for its depiction of a pair of bellowing wasters, and while those tracks favour the guitars and tambourines formula, ‘Don’t Ask For More’ leans towards funk, showing that there’s more to the duo than attachment issues, an old acoustic and a campfire.

Like Arab Strap with bellbottoms and flower necklaces in place of the drum machine, Shapiro and Green are a match made in heaven who explore every corner of romantic hell. Shapiro particularly has a nice handle on self-actualisation, venting her fears around a grumbling bass line as she courts older men on ‘If You Want Me To’ (”One day I’ll be old/Face like a maze/Tending to our home/If you want it so”). It’s one of the sweetest, most biting moments on the album; a reminder that it takes a knack to combine incisiveness with independently catchy tunes, but that this duo have the gift. The kiss-and-make-up follow-up record is going to have to be something very special.