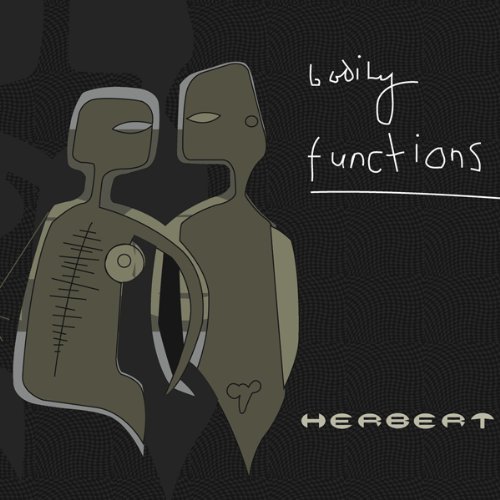 Eleven years after its release, Matthew Herbert’s Bodily Functions still has the power to turn heads. The problem is only a select number of heads seem to remember it, which is at least one good reason for this two disc re-issue to bring it out from under the radar. »

closeeleven years after it's original release, accidental records reissue label boss matthew herbert's celebrated classic album 'bodily functions'. widely considered to be a house music classic having featured in various album of the decade lists (including pitchfork and resident adviser), for many it was the first herbert album they fell in love with. there have of course been many brilliant house albums since 'bodily functions', many of them influenced by it, but there is a distinctive, timeless quality in the sounds and words these songs were made from. those sounds include the distinctive voice of matthew's former wife dani siciliano, human blood flow, bones, teeth and laser eye surgery. indeed, matthew's now legendary personal contract for the composition of music (pccom) for which is he now famed, was considered radical at the time. featuring the seminal singles 'the audience' (featuring shingai shoniwa, now of the noisettes)', 'foreign bodies', 'suddenly' and 'leave me now', the reissued double cd also includes remixes by matmos, plaid, mr.oizo, jamie lidell, dj koze, perry farrel, dave aju, richard devine, recloose and more.
description from www.roughtrade.com