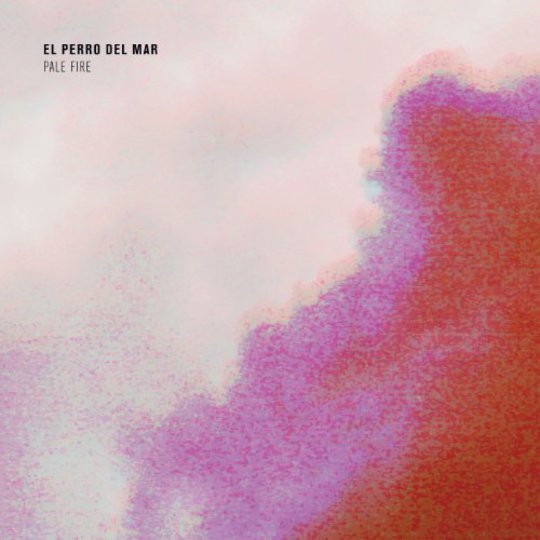 Sarah Assbring’s latest release under the El Perro del Marr name is a tricky beast to pin down. Light as a feather, the slightest breeze seems to snatch it away as soon as you’ve formed an opinion. It’s air thin and glass light, a blank canvas, a white sheet. It’s a ghost of a record, that might be beautiful and shimmering and might merely be a transparent mist. It’s either atmospheric, chilling, warm, glowing, crisp or, just maybe, it might be unspeakably dull. It’s genuinely, maddeningly difficult to get a handle on.

Here’s the thing - and forgive me because i’m going to have to lapse into the first person - the first time I heard Pale Fire it bored me rigid. It’s the kind of dance pop that reaches for words like 'chilled' and 'light', but unlike the loping, Balearic bliss of chilled house, which puts the rhythm front and centre, the beats here are bloodless and faint. I felt like I was listening to the toplines up close, but the rhythms were provided by someones headphones from the other side of the bus. The songs themselves held no interest either: Assbringer’s voice felt paper thin, a pencil tracing of fellow Swedes Robyn and Lykke Li, with barely a chorus to whisper through. I didn’t want to dance, I didn’t want to listen, I just wanted out. It seemed to fail on every level of a pop record.

Two days later I was getting the train home with a late autumn sun setting around me, and I was feeling miserable. Down in the dumps. Moody as all hell. It was a proper Twilight-reading teenage goth thundercloud of a mood. In a moment of self-torturing obligation, with this review in mind, I decided I needed to give Pale Fire another go just so i’d have something concrete to say, and this time something very different happened. In one of those rare moments of synchronicity the record became perfect. Matching my melancholia, it detached me completely from the crowded train, as I passed through London, crossing the river, staring out of the window the moment became utterly cinematic. Suddenly the barely-there beats felt ghostly and understated, synths I’d dismissed as plasticy and fake sounding chimed with chilly atmosphere. Assbringer’s voice wasn’t thin, it was detached and icy. Intriguing, ambiguous phrases floated to the surface, (”didn’t you know I was a boy before you came”, or “the ice on the ground is enough to believe in”). It all came together on the dark, pulsing ‘To the Beat of a Dying World’, as I floated in this odd moment of sadness and serenity with tears in my eyes. It occurred to me that words 'cold' and 'chilled' have the same root. It was a rare, flawless listening experience.

The next time I tried to listen the moment had gone. I couldn’t focus on the record at all, my mind would slip maddeningly away. Every time I’ve listened the reaction has been different depending on my mood and surroundings- yet I’ve never replicated that perfect, miserable commute home. In that moment I was connected to this record as I have rarely been before. In that moment it was a 10/10. It was everything music should be about, capable of a transcendent impact on the human soul. A moment of complete separation.

I’ll keep searching, but I don’t think I’m going to get that moment back. Maybe it was a one time deal, a quirk of fate, a perfect journey where the stars aligned. I’m not even sure I want it - it wasn’t exactly a happy experience, but it was a beautiful one.

A week on, and I honestly can’t tell you if Pale Fire is any good. It has both bored and moved me to tears, transfixed and repelled me. This is an odd, chameleonic mood ring of a record. It’s a painting that’s more intriguing than it is pleasant. It’s a sketch that could be a vase, or it could be two women’s faces. It’s a shape in the clouds, or flickering in the flames. It’s a soap bubble that for a few seconds is a thing of shimmering beauty before it becomes just so much dishwater. I’m supposed to tell you if this is an album you’d enjoy listening to. The honest answer? I just don’t know.