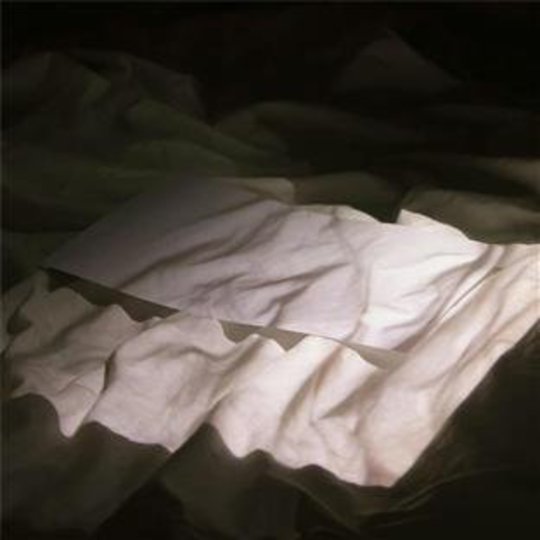 For my money, Holy Other’s debut EP With U was one of the finest electronic records of 2011. A sublime 20 minutes of spectral, vapourous tunes, to me it felt like the very essence of midnight at its blackest. Quite a hard act to follow, then.

Understandably, the Manchester-based producer has decided against a radical change of direction. Given that his debut didn’t get a great deal of publicity, it makes sense to expose his sound to a larger audience before journeying on. That said, Held does signal an expansion in style, albeit not a dramatic one. While With U never really moved beyond a glacial pace, almost deathly in its stillness, this record carries an unmistakeable sense of forward motion. This is most apparent on the six-minute long title track, which has the eerie feel of a late night journey in an empty train carriage. Instrumentally speaking it is relatively ‘full’, the presence of piano making it more conventionally emotional than Holy Other’s usual output. That piano, along with a dull and steady programmed beat, proves to be an effective anchor, as the track rides through strange highs and ghostly, barren depths. It’s a fine choice as a single, displaying the producer’s unerring talent for crafting multi-layered, exquisitely detailed electronic music.

Calling it 'electronic music' is, of course, a somewhat vague definition. The work of Holy Other has been variously described, along with other releases on the Tri-Angle label, as dubstep, R&B, ambient and witch house. It’s somewhere between all these genres really (although I couldn’t tell you with any real confidence what constitutes ‘witch house’). Certainly it seems to share lineage with Burial’s atmospheric, late night travails, and there’s even some overlap with The Weeknd’s distinctive brand of creepy R&B.

Despite the intricacy of the music on Held, it does draw from a fairly limited palette. This is not an album big on variety, so if the first track doesn’t do anything for you, don’t expect to find anything to your taste later on. However, if you are a fan of all that gothy, monastic, otherworldly sound, this is an album rich with the stuff. Second track ‘Tense Past’ is a gem, made distinctive by its use of an unearthly keening, generating a hair-raising energy that seems to snap the other elements of the track into its orbit. Syncopated beats crash and recede like waves, while the disembodied, gaseous vocal samples that have become the producer’s trademark ebb in and out of earshot. Eerie and breathtaking.

Other standouts include ‘In Difference’, probably the most optimistic sounding cut from this producer thus far, with surprisingly gentle keyboard overlaid with sluggish, almost warm vocals. There is also ‘Past Tension’ which in places sounds almost like a remix or reprise of the With U EP’s fantastic title track, giving it an odd but intriguing fractal feel.

The album closes with ‘Nothing Here’. Simple in construction, it is largely composed of breathy, unintelligible (except for chopped up enunciations of the track title) vocals aligned with hollow, woodwind-esque sounds. Subtle and restrained, it’s interesting that Holy Other resists the urge to finish with a dramatic flourish. Instead, the final track feels like an exit space, a quiet purgatory before possible further evolution on album number two.

In some ways it feels like we’ll have to wait for Holy Other’s next step before we can truly evaluate his work. Held establishes the producer’s style, but the progression from his debut EP is slight. There’s nothing wrong with that, after all there was too much potential in his sound for a mere five tracks. However, the onus is on him now to prove he can evolve and expand as a musician, not just recreate.

Moving away from all that, Held remains a fine album. It’s short (36 mins), but deep and heady, the sort of record that worms its way into your head and stays there, leaving a faint imprint on your psyche. For an opening statement, it’s excellent, and I can’t wait to see where he goes next.