Further Excursions into the Ulu with Dollboy 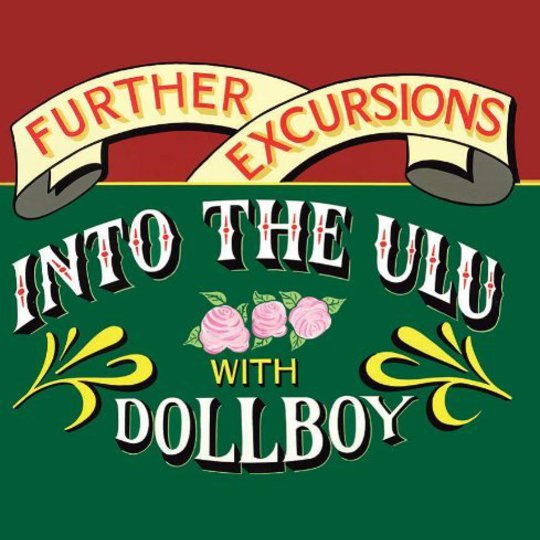 Oliver Cherer’s fifth album as Dollboy arrives with a catalogue of influences: everything from folk minstrels through to the Canterbury prog-rock, flower power, glam and freak folk. It’s also a lot more organised than that last sentence, and Cherer is now cosy and confident enough in his niche to make Further Excursions into The Ulu a very professional nostalgia trip. From the opening bars of the intro he drops you into a calm and groovy trance, where acid is something you react to positively, and if you don’t you’re still capable of operating a sitar.

Scooting between the limits of rock and psychedelia, Further Excursions puts spiritualism to greasers, and far-fetched 2001 vibes to the ultra casual folk fan. It’s also disarmingly sensible in places, as shown on ‘Love Your Mother’ which takes common sense lyrics and sets them to Harry Nilsson’s ‘Coconut’. Cherer groans along in his best Bowie voice, weirder than the Thin White Duke himself when he tried to rap in Labyrinth. ‘Alice in Clear Water’ offers a sunnier mood, finding the singer lowering his friend’s body into a canal, while ‘HelicopterMicrobes’ plays with loots and synthesizers - and a dance beat, courtesy of actual helicopters.

Despite the oddities, Further Excursions has a pop side, with Cherer working hard to make the 12 tracks sound less like a breakdown and more like a zany edition of TOTP2. There’s a dreamlike familiarity to many of his songs, with ‘The Ventriloquist’ borrowing the guitar line from ‘Part of the Union’ and the LSD from Keith Moon’s bloodstream. Lost in druggy keyboards, Cherer sings ”It’s not me/It’s always him/He does the talking/I hear him late at night/Talking in his box/We haven’t any friends”, and then starts barking. ‘All of the Stars Part 1’ balances its vocal exercises with delicate guitar, while ‘No Trubba!’ resurrects Moby Grape, and gets them to jam through a song where bongos and banjos are the antidote to lycanthropy lyrics.

Further Excursions’ biggest achievement is in organising all of this crazy twanging into a half hour of fleshed-out, mostly memorably pop songs. Although Cherer’s selling point is his weirdness (he classes this album as 'New Wyrd Britannica') he’s a solid writer, even getting choked up when he permits himself a piano solo on ‘Golden Age’. It’s a moment of straight-facedness on a gurning record, but one that you can’t help gurning back to. Further Excusrions into the Ulu may be a little too varied to attract any newcomers to folk, but it’s trippy and enticing enough to seduce the curious; as English as Morris Men, and as peculiar as Danny Boyle taking control of a church fete.