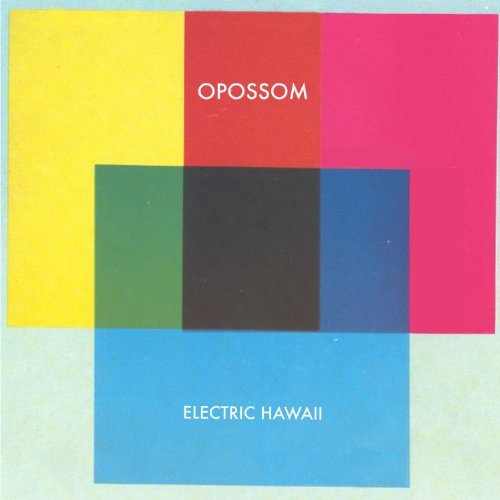 It's an artistically free record, containing some Brit-rock, a little pop, and Sixties soul. Yet it all feels natural; you can’t ask for more than that.»

after eight years fronting new zealand's acclaimed 'trouble gum art punks' the mint chicks, kody nielson unveils a new project opossom with the captivating album 'electric hawaii'. the mint chicks chapter in kody's career closed with the band splitting time between their american base in portland or and hometown auckland. brother ruban formed a new band, unknown mortal orchestra, and kody began producing diverse projects including bic runga's recent album and auckland punk up-and-comers, the dhdfd's. 'electric hawaii' presented a new challenge, an album written and performed with just a little help from others - bic runga lending a vocal while kody's father chris nielson (a regular mint chicks collaborator) plays trumpet. the rest comes directly from the brain, hands and heart of kody. home-written, recorded and mixed by himself with just the final mastering courtesy of howie weinberg, 'electric hawaii' is a unique beast - it is not the singer-songwriter solo album of a former punk rock band singer. it's a further exploration of kody's musical journey into a lively, engaging world of carefully crafted sonic layers of light and dark. it's an album about love, diy, drugs and freedom. and why end up opossom? the mental escape from daily life during the creation of 'electric hawaii' produced kody's nocturnal instinctive animal... feisty, vicious and enigmatically cute. the new direction and new sounds incorporate what kody terms as an overt attempt to add some of his personal polynesian background to his blend of beatnik psychedelica made from out of context genres, surf rock to the velvet underground, modern and ancient electronica and jazz.
description from www.roughtrade.com