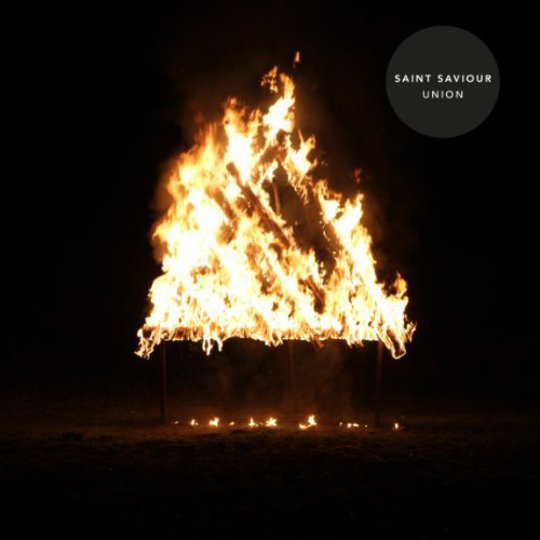 A wise man once noted ‘anticipation has the habit to set you up for disappointment’ and that’s certainly the case with Saint Saviour’s debut album Union. A year on from the promising Anatomy EP, the former Groove Armada vocalist seems to have run aground in her quest to provide a bleak counterpoint to the UK’s cheery synth-pop landscape. That mini-release contained four tantalising tracks of stark electronica matched with a shrill voice to chill even the most chirpy soul. Three of those songs are correct and present here; without them this LP really would be without a paddle.

Like Poliça’s Give Up The Ghost, Union is heavily atmospheric, rendering its tales of heartbreak in thick set shades of noirish falsetto. Sadly, the record is crying out for a ballad or some moment of gut-wrenching bombast to counteract the constant weight of crawling miserabelia. It takes until the album’s third track, ‘I Call This Home’, for Saint Saviour to rouse her creation from a complete rut of forgettably sparse piano notes and the occasional drumbeat. After setting the mood for so long, a meandering run of lyrical repetition does little to raise the deathly pulse.

Amidst the endless shades of grey, there are a few tracks representing something of a silver lining. ‘Domino’ lifts the heavy air of downtrodden resignation with a punchy rap segment from Amplify Dot. “Don’t it always seem to go, you don’t worship what you’ve got and bury it six feet below,” spits the incisive MC, reflecting an album that obscures its creator’s talents beyond the reach of any respectable attention span. ‘This Aint No Hymn’ is the best reflection of what Union might have been, a purposeful blast of oblique imagery with a creepy vocal hook to really turn the screws. That the song has featured on two Saint Saviour EPs as well as the album speaks volumes.

When Becky Jones does raise the tempo, ‘The Rain Falls On The Just’ comes off as completely throwaway. It’s the antithesis of all her previously well-intentioned posturing and miles away from the soaring superiority of ‘Birdsong’ from Anatomy. ‘Liberty’ is better but suffers from the same dearth of meaning or substance that pervades an undeniably sub par record.

Ultimately, Union is hamstrung by its fear of straying from an overwhelmingly dour comfort zone. There are no surprise turns or sudden outbursts to betray a ship that does its utmost to stay the course of this marriage of inflexibility. The result is an album which has ‘could do better’ written all over it.

East of the Elm