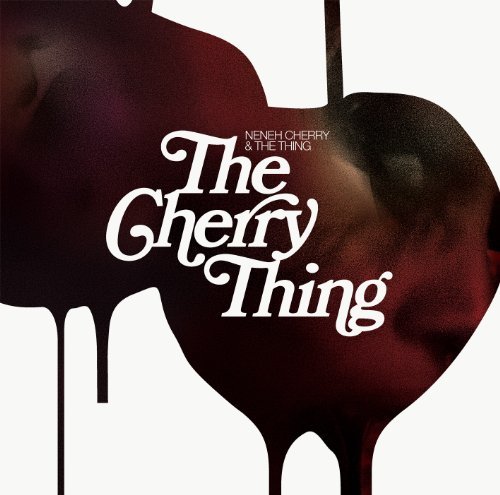 While these jams document an undoubtedly exciting collaboration, only a few of them go so far as to offer anything that sounds like this project's true potential.»

While these jams document an undoubtedly exciting collaboration, only a few of them go so far as to offer anything that sounds like this project's true potential.»

neneh cherry and the thing met for the first time at a recording session in london in the fall of 2010. it clicked right away as they all shared an open, free approach to the music. the high energy of the thing's playing found a fitting counterpart in neneh's intense style. after a performance at strand, stockholm in march 2011 it was decided to continue the collaboration. a cd will be released in march 2012 on smalltown supersound. next summer the cherry thing will tour the european music festivals. apart from their own compositions they will also play the music of such diverse artists as ornette coleman, don cherry, velvet underground singer nico and hip hop artist mf doom. starting out by joining key punk girl band the slits, neneh next became the voice of renegade free- blowing post-punk bohoes rip, rig and panic and their successor: float up, c.p. after attracting further attention with her vocals on the the's classic slow train to dawn, neneh became part of 'buffalo', the creative collective assembled by the late visionary visualizer ray petri, whose style so shaped the 1980s. now a solo artist, cherry hit big straight away with the worldwide hit singles buffalo stance, manchild and inna city mamma from her debut album raw like sushi. more followed, like buddy x from the homebrew and man albums, which also featured woman and 7 seconds. after the man album neneh decided to step off the corporate music business tread mill preferring to collaborate with artists such as 'tricky', 'damon albarn' on his 'gorillaz' project and her own family collective 'cirkus'. the thing was established in the spring of 2000 when the three musicians met to play several concerts and to record their first cd on the crazy wisdom label(brain child of swedish left field pioneer conny lindstrm). in 2001 they recorded another cd on the same label as a quartet with joe mcphee.
the trio was a long wanted constellation where several musical styles meet in a very high energetic outlet. all members are influenced by different traditions of free music derived from germany, england and the us, and these influences are to be felt not necessarily heard. when the trio started out the book contained mainly tunes by don cherry. since joe mcphee's participation, the thing's repertoire has included other free jazz standards by david murray, frank lowe and norman howard. also, the group's enthusiasm towards rock music is heard when they play 'to bring you my love' by pj harvey on the second cd. today the book has expanded to include tunes by the white stripes, the sonics and yeah yeah yeahs. these are just examples to show how little distinct musical styles are today, how similar the energy can be, and how much today's audience is melted together, devoted to creative music. the thing has performed with guests like thurston moore, joe mcphee, ken vandermark, otomo yoshihide, jim o'rourke and peter evans. the thing is now signed to the norwegian label smalltown superjazzz. mats gustafsson is one of europe's biggest names on the free music scene. through groups like gush, aaly trio and peter brtzmann's chicago tentet he has established himself as a very powerful saxophonist who has somewhat reinvented the way of playing the saxophone. in 2011 he received the nordic council music price: the biggest price for a musician in the nordic countries.
ingebrigt hker flaten and paal nilssen-love have become known as norway's heaviest rhythm- section. since their long-time collaboration started in 1992, they have been working together in several groups like school dayswith ken vandermark, scorch trio with raoul bjrkenheim, and the swedish / norwegian jazz-group atomic.
description from www.roughtrade.com