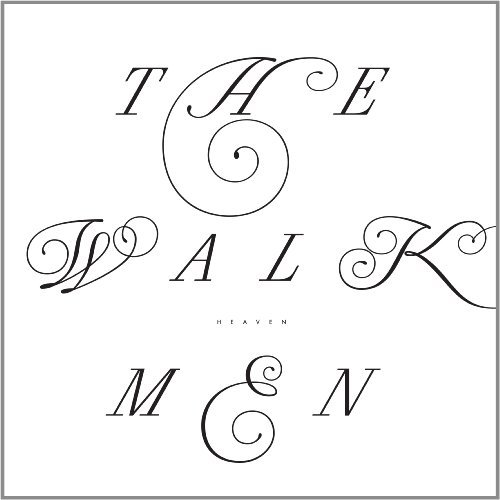 Heaven finds The Walkmen's beautiful, sweet melancholy crystallised into what could well be their finest record to date.»

'heaven' is the walkmen's sixth album and second since signing to bella union. the album was produced by phil ek (fleet foxes, the shins, band of horses) whilst robin pecknold sings harmonies on two songs on the record. "we felt like it was time to make a bigger, more generous statement" when describing the walkmen's new album, lead singer hamilton leithauser portrays a band hitting maturity, comfortable in its mastery after a decade together. it's been ten years since the walkmen made their debut album, 'everybody who pretended to like me is gone'. ten years since critics attached them to a new york scene they never wanted to be part of. this spring the band played a series of 10th anniversary shows in the us that demonstrated how far they have outstripped their peers: two sets over two hours, no filler, rapturously received. the walkmen are the great new york band of their generation, making the best music of their career and filling their largest venues yet. their spot at the top of the bill at may's crossing brooklyn ferry festival, curated by the national, demonstrates the respect in which they are held by the current wave of bands making music in the city. when renowned producer phil ek approached the guys last year asking if they'd like to make a record with him, they travelled to the studio he uses in the woods outside seattle for the most intense recording sessions they had ever experienced. "there can be something brittle about our sound," maroon says. "he made it just a little bit warmer, a little bit stronger. when i play it in my car, it sounds strong, which i love."
all five members of the band have kids now and if the impact of parenthood is hard to pin down in a single lyric, there is definitely a new openness and emotional honesty to the songs. most importantly, the old gang mentality has deepened, becoming something worthwhile and lasting. "i'm very proud of what we've done. we've stayed friends and those friendships have grown," says bauer. "we have survival experience and real love that children generate in your life." 'heaven' is a definitive statement of purpose and commitment, from a band at the peak of its powers that is finally winning the recognition it deserves.
description from www.roughtrade.com