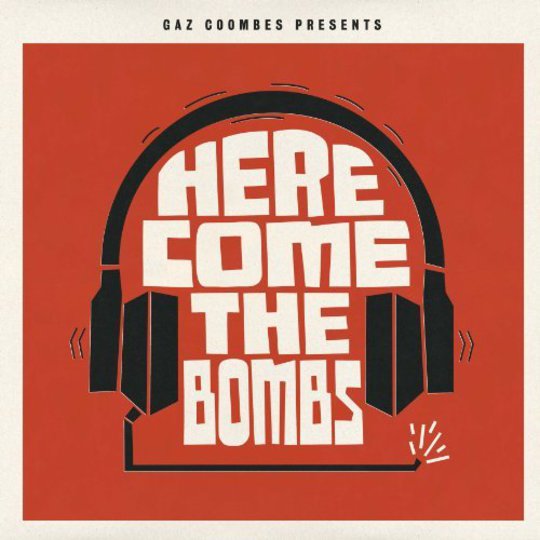 Having previously positioned himself and his hirsute chops firmly in the DNA of Nineties Britpop, Gaz Coombes is back, sans band, but with more than a few tricks up his sleeve. Here Come the Bombs is a succinct affair clocking in at under 40 minutes, and a production that sees Gaz assuming all instrumental duties. It’s also, in places at least, wildly different from the six records Supergrass released over their 16-year-career; samples, electronics and loops permeate the record, as do switching time signatures and experimental chord progressions. If anyone at the back is panicking, the sideburns are still very much in place.

The move from the happy, carefree pop of the nation’s favourite cheeky chappies to the more sombre, reflective and darker material of Supergrass’s later years is continued. It's evidenced in particular by opener ‘Bombs’, a song that began life as a poem after Gaz had been watching new reports from Libya. It’s an impressive piece, opening with a sparse, rolling electronic beat, mellotron and drone before textures are added, with strings in particular lending the track a cinematic feel. The familiar raspy texture to Gaz’s vocals are sanded down here, as he sings of sleeping ghosts, the casualties of war, waking up. We move into more familiar territory with ‘Hot Fruit’, the album’s first single; some of the raspiness returns, along with a fairly meaty riff and guitars played with real urgency.

Throughout the record Coombes combines the safe and assured with the more experimental, whether that be chord progressions, time signatures, or musical styles; staccato beats from a drum machine are juxtaposed with acoustic guitars, electronic burbles, or just good old rock riffs with distortion turned up to maximum. Coombe’s voice also flits from the mellifluous to its more familiar gravelly tone, but is always at its best when cajoling, conniving and enticing.

Essentially, the mutton chopped wonder has pulled off quite a clever trick; deploying enough of the Supergrass sound to keep the die-hard fans happy, but also mixing in sufficient experimentation to keep things fresh and interesting. That said, after repeated listens the veil of substance is lifted somewhat; ultimately the riffs and hooks aren’t up to the standard of previous Coombes-led outings, and whilst the textured soundscapes can help disguise this slightly the reality is that the majority of this record, whilst occasionally interesting and certainly surprising, is just… a little boring.

Having started touring at just 16 years of age with The Jennifers (also featuring Danny Goffey), Here Come The Bombs is the latest instalment in a 20-year career for Gaz, and whilst not up there with some of the belters from his Oxford outfit, it’s an interesting listen and worthwhile endeavour; in the event of future releases under his own name, it would be interesting to see what he would be capable of were he to really take the experimental bull by the horns. At the very least it will hopefully be enough of a success to help tide him over until the inevitable Supergrass reunion, saving all us from the awkwardness of another Toyota Yaris advert.