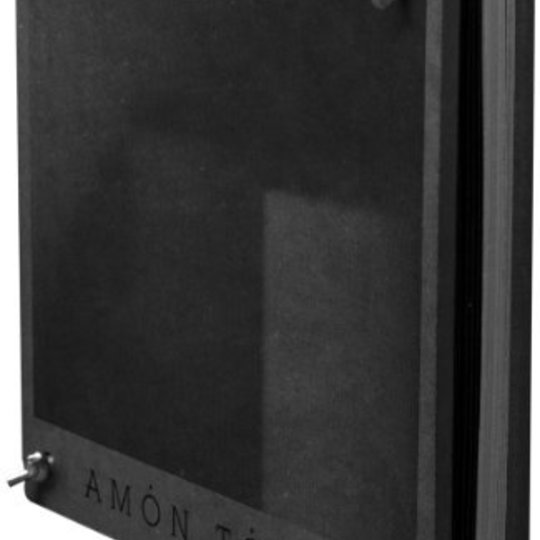 Apparently new employees on the Cadburys production lines have a grace period in which they can gorge themselves on as much confectionary as they wish, free of consequence beyond massive obesity and a Se7en-style end. The intention is to overwhelm them with chocolate, to desensitise them to its pleasures through sheer sickly overconsumption, and in doing so deter future sampling from the factory floor. Few workers, it seems, opt for worktime snacking again.

There’s the risk that Brazilian electronic artist Amon Tobin’s latest release might produce a similar effect. Seven CDs, two DVDs, six vinyls and a ton of artwork, pressed between hard covers by metal bolts and industrial chic: this is as exhaustive a collection as it is beautiful. But it really is beautiful - seriously, just look at the pictures on the Ninja Tune website. There’s a level of presentation here that can only really be expressed through drooling, eyes wide and flickering at the contemplation of whole evenings spent twirling the bolts and fingering the contents, trembling hands lifting the package closer to inhale the smell. And that’s without even considering what’s on those disks: an almost entirely unreleased glut of live tracks, remixes, soundtrack contributions and rarities, videos, images, interviews and documentaries, it’s a lifetime’s supply of chocolate for lovers of moody soundscapes and industrial clatter.

Alas, DiS has only been able to nibble at the edges, with 14 tracks on a sampler standing in for the 121 spread across the CDs. The DVD and vinyl content we can’t comment on, beyond observing that there’s a lot of it and that the names are interesting: 'Bath Scene (Here Comes The Moon Man)' in particular sounds essential. But assuming what we’ve heard is representative, Boxset is a considerable cut above the usual odds-and-ends array of offshoots and b-sides that all too often constitute collectors editions.

This being a numbered release shipping for £130 there’s a pretty clearly-defined audience, and it’s not the casual listener. There’s little concession for newcomers to Amon Tobin here, little acclimatisation to the edges and shadow that he carves into sound. From the broken fairground of 'Carry On Marmaduke' to the fractured dystopia of film score 'Madam Larivee' and the tribal bite of 'Angels and Demons', this is a characteristically jarring assault of glitches and experiment, of white noise and hanging mist.

Highlights are everywhere, in the ghosts and melancholy of Bibio’s take on Isam’s 'Wooden Toy' and the fever-dream brass of Pete Wareham’s rendering of 'Surge' to the orchestral cataclysm of 'Sunhammer'. It’s a claustrophobic listen, certainly, but often a disarmingly affecting one as well, with moments of striking fragility woven in amidst the caustic breakdowns and artillery beats. Epitomising this are the live performances from the Royal Albert Hall, highpoints from across Amon Tobin’s career adapted by The London Metropolitan Orchestra to foreground instrumentation over loops and emotion over amplification, and genuinely worth the asking price in themselves.

Some of the remixes grate a little, sure, and with a running length of around a day there’s bound to be some filler here, but that doesn’t really matter. This was never going to be for everyone - indeed, it’s only for 4,000 people, in all likelihood not just familiar with but already at home in Amon Tobin’s rain-wracked future-noir. There’s certainly an argument that the rising trend for premium editions - at a time of economic dissolve, sadistic reforms and bloated living costs - is unpleasant, pricing people out of music for the sake of short-term opportunism, but really that’s a discussion best saved for another time, with a different product: Boxset has been put together with far too much care to be dismissed as a mere cash-in, and those fortunate enough to be able to afford it are very, very unlikely to find cause for disappointment. As for the rest of us - well, there’s all that drool to leak.