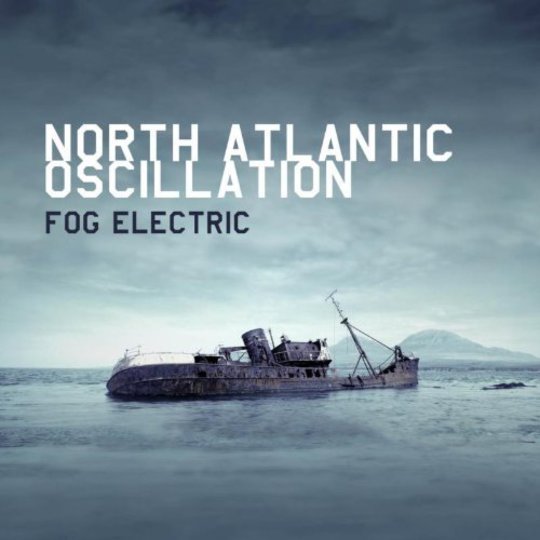 You like widescreen indie? Like sonic ambition? Like the idea of space travel and the study of metals? Well, good because widescreen indie with huuuuuge sonic ambition that goes on about cutting through Saturn's rings with lasers is what we have here so you’d be better stick your gravity boots on and dig out your iron ore drill and burnishing machine. What we have right here is clean lined, cold blooded, unscrupulous glacial shit. Well, not entirely cold blooded as, largely, there are songs here too. It’s one of those future-of-music things. Only not quite actually the future of music although I will say that it's probably best enjoyed while you’re sat in your Bang & Olafson audio cool box, thinking about the film Cocoon and crying a bit. But only a bit because there’s heart here too. It’s not like you won’t feel this album. It’s emotive a lot of the time. That’s nice, isn't it? That’s both rewarding and warming.

'It's an album about doubt and loss, but there's a counterbalancing sense of resignation and even optimism too,' crows North Atlantic Oscillation singer Sam Healy from his self-preserving, independently intelligent, shiny dove-like, octiplanium cockpit, reciting something that he’s obviously pre-scripted for this very occasion. 'One of the main themes is that of searching for meaning in a scientific, post-religious world. Science is absolutely a force...pah pah pah…' Sorry, but the lyrics don’t matter here. The melody and scale on offer are so ambitious and expansively written, as to be overwhelmingly emotive enough to make you absent-mindedly ad-lib phonetically sympathetic, non-linguistic approximations of the lyrics whilst you are innocently selecting curly cale from the open-palate fridges of J.Sainsbury’s. The lyrics are silenced to the servitude of the greater musical thrust. And even when you can make them out through the icy falsetto, they’re about “force fields” or creating a magnet powerful enough to control weather patterns or some shit.

But what a non-verbal whip-up it is. Vocals, guitars and synths all glistening like fresh dawn sunshine, flickering off an enormous, slightly unsettled, yet partially frozen lake. Bass and drums are mighty, yet busy enough to keep the shimmering landscape interesting and aggravated. This is true for the whole record and when the songs are there to back it up the results are devastating. But, y'know, in a nicer-side-of-nature way. Not like a rockslide or volcano obliterating a village of children and widows. More like an imminent lightning storm over Antarctica bringing joyful decimation to the camp of scientists below who have gone all Lord Of The Flies.

If you admire the Flaming Lips, but wish they came without the goofy ideas and execution, then this is for you. Less earnest and worthy, yet more forward looking than most post-rockers. What the Eighties could have got up to if denied the influence of pop-art and the seemingly soothing hedonistic side of Thatcher and stuck to a strict diet of Kubrick and Kraftwerk.

Fog Electric is a cold-sounding electronic egg that also has a transparently human yolk. Put this in your ears. ‘Soft Coda’ and ‘Chirality Fog’ are definitely going to make it into my tracks of 2012 list and this album’s really good (if thematically unintelligible).