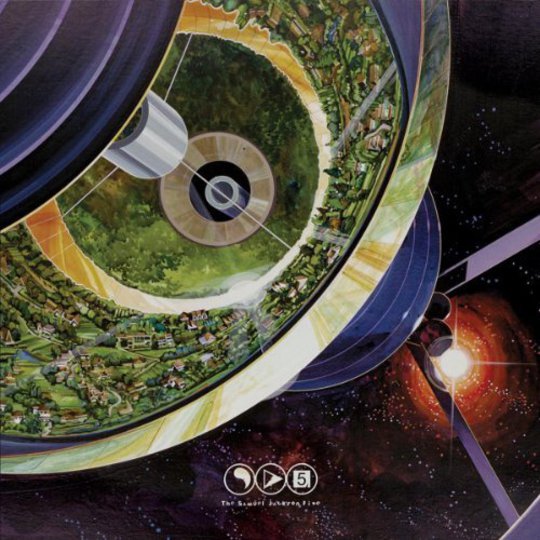 The Samuel Jackson 5 are one of instrumental rock’s best-kept secrets. Quite how these talented Norwegians have remained relatively under the radar with such an overwhelmingly fantastic band name is beyond me, but their music certainly deserves the attention of the post-rock masses. For the SJ5, melody always comes first, and their sprawling, multi-instrumental arrangements only serve to accentuate strong, guitar-driven hooks. However, with this latest self-titled release they’ve thrown a vocalist or two into the mix. How does that work exactly?

The answer is that it doesn’t, quite. In the trio of tracks where vocals do make an appearance they make little impact, and it feels as if the songs could function just as well without them. But maybe it’s because anyone outside of Norway just won’t appreciate the calibre of the vocalists on offer. According to the earnest press release, these singers include Truls Heggero (of Lukestar fame), Pål Angelskår (Minor Majority) (both Norwegian Grammy winners) and Thomas Bratlie from Rumble in Rhodos. Unfortunately, these names mean little to me and perhaps that’s why the songs leave no impression either.

Not to worry though, because when it comes to the instrumental tracks that populate the majority of the album, this is business as usual for the SJ5: unflinchingly eclectic and just a little bit mental, with no limit placed on the number of instruments, or styles, involved. There are all-out frantic rockers (‘Race to the Self-Destruct Button’), piano-heavy medieval jams (‘Radio Gagarin’), metallic chimes and dirty bass grooves (‘Never-Ending Now’), as well as one or two oriental touches (‘Mockba’). Considering the band’s varied approach to instrumentation, the aforementioned addition of vocals is perhaps unsurprising, but they’re the only instrument that causes any friction in the flow of the album.

Appropriately enough, the highlights of The Samuel Jackson 5’s latest effort are disparate, yet both can be found at the album’s close. ‘…And Then We Met the Locals’ is epic in scope and execution, with a melody that has a tendency to unshakeably linger in the mind, especially when it’s doubled with a surprise sax solo. Meanwhile, ‘Low Entropy’ is a tastefully understated solo guitar piece which serves as a meditative counterpoint to the sheer mentalness of what has gone before.

If this is The Samuel Jackson 5’s attempt at the mainstream, they’d be well-advised to stick to what they do best. While every instrumental band seems to eventually dabble in vocals, here it spoils an otherwise tight, polished release. So, despite their best intentions, these misguided collaborations are unlikely to win the SJ5 any new supporters, but instead result in an album that fails to reach the lofty heights attained by an otherwise superb back catalogue.