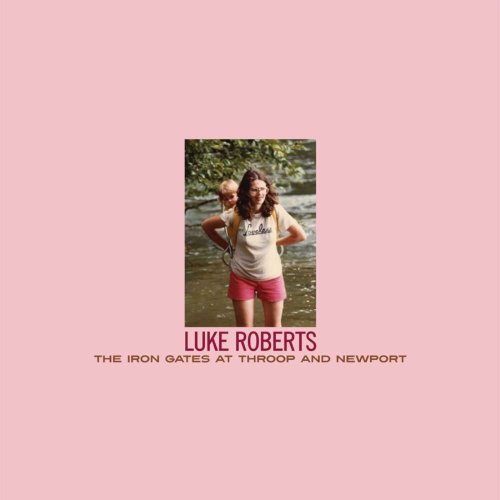 Luke Roberts - The Iron Gates at Troop and Newport

There's meaning to be sought for by the listener in Luke Roberts' songs, but they simply aren't inviting enough that you'll want to open up the gates and step inside.»

in the year since luke roberts recorded his debut 'big bells and dime songs' a lot has changed. luke now owns a guitar (a collings 000 2h model) that his sophomore album was written on, he has moved from brooklyn to montana to nashville, his childhood home, and the songs were written over a long period of time in his brooklyn apartment (as opposed to largely on the bus down to the studio on the debut). the combination of changes made a significant and noticeable impact on the songwriting and arrangements found on 'the iron gates at throop and newport'.
the album was recorded in nashville by marky nevers, revised and tweaked at a few studios in brooklyn, and finally mixed at ronniejone$ound by kyle spence (of harvey milk). 'the iron gates at throop and newport' is a big leap forward in luke's songwriting. the songs were recorded and reworked or rearranged and in some cases re-recorded. while luke's plain spoken lyrics are still present, they are now embedded in far more complex and dynamic arrangements. where the debut was a raw country blues style recording with minimal editing and accompaniment, iron gates features many additional players from drums to harmonica, and notably the fiddle and mandolin of country player billy contraraz, and the backing vocals of emily sunblad. the lyrics are again deeply personal and in many cases the songs speak of struggle, redemption and again, struggle. luke explains in his own words; "the first record i made has a very homeless or wild-west feel to it and this new one is filled with addresses and luxuries. it's a rags to riches story about family and love and faith, where the first one was about not having that stuff. this album is about how hard that stuff is." luke has the uncanny ability to take deeply personal emotions such as the ones in 'i don't want you anymore' and make them resonate with the listener as a shared experience. he is in the moment and you are in it with him: love, desire, loss, the search for a sense of belonging, and a sense of place, all of which are core human emotions. he is very much a person, who while no longer the freewheeling train hopper of his youth, is still traveling. now his travels are philosophical searches for answers to life's biggest questions. a potent example is 'his song'. a spiritual quest to find the 'why', the 'what', the 'who', and the 'how' of it all. the ability to to lay bare not only the toughest of emotions but the search for answers in such a deceptively simple and relatable voice, makes luke roberts an utterly unique and compelling artist. the lovely instrumentation and arrangements of 'the iron gates and throop and newport' make for a beautiful sounding album. luke's ability to capture many of life's pivotal moments with such a simple and emotionally resonate voice makes him stand out as a songwriter and as a performer.
description from www.roughtrade.com