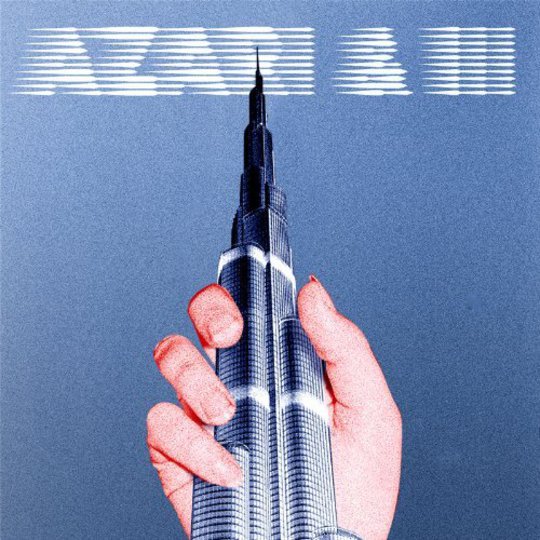 If you’re of the opinion that there’s not enough high camp in synth-pop these days, then an introduction to Azari & III is overdue. This Toronto-based four piece are partial to using words like “fierce” in interviews, as well as claiming club culture’s post-rave decline is due to a lack of transvestites on the scene. They also do a stonking line in house-tinged singles, so it’s only fair that Island Records have picked up their self-titled debut album for a proper UK release this month.

Bar the removal of one bonus remix track, this is disappointingly the same record which came out on Loose Lips in August last year. Given both ‘Hungry For The Power’ and ‘Reckless (With Your Love)’ were unleashed in 2009, you would have thought this quartet had plenty of material kicking about but alas, no. Azari & III sticks to its rough split between FM-friendly bangers and slinking Korg-induced jams like a hardened Ministry Of Sound veteran looking to meditate between a dizzying swirl of sugar rush highs.

At their most ecstatic, Azari & III can really whip up a frenzy of kaleidoscopic rhythms and vaudevillian vocals. With the likes of ‘Lost In Time’ and ‘Into The Night’ this hedonistic cocktail is near on undeniable in its supple convulsions, sweeping you along in the pounding ambiance of some utterly ludicrous lyrics. “Successful informatic is trying to get his habit but underneath those lies he's a raging addict,” proclaims Christian Farley during ‘Manic’ in a typically thrilling outburst of utter nonsense.

This charismatic quartet are less successful when they indulge in meandering instrumental fare, a prohibitively common occurrence. Producers Christian Farley and Alphonse Lanza justify the six minute run time of ‘Indigo’ with taught frenzy of electronically scrambled whoops and hollers plus some staggeringly euphoric piano chords. On the dawdling triple whammy of ‘Infinity’, ‘Change Of Heart’ and ‘Manhunter’, Azari & III is lumbered with a lethargy that’s dramatically short on energy compared to the the rest of the record. Where previously an inordinate amount of melody was crammed into every verse, these offerings are content to take one idea and milk the bastard until it’s bone dry.

In truth, most of these tracks could have done with a more brutal hand behind the mixing desk. The full-length incarnation of ‘Reckless (With Your Love)’ is sublime until you hear its Paul Epworth radio edit in which every bristling hook and commanding beat is crammed into one three minute bundle of joy. The same goes for the quite good but still unnecessarily arduous ‘Tunnel Vision’, which probably wouldn’t sound so much like filler if it didn’t take so long to skip to the interesting bits.

So with six months worth of perspective since their debut album’s first release, Azari & III didn't quite create a storming LP to match the promise of those early singles. What this bunch of house revivalists unquestionably hold is a barrel full of talent that many groups would murder for and an undeniable vigour that will pale in the hands of imitators. Here’s hoping they strike gold on the second attempt.