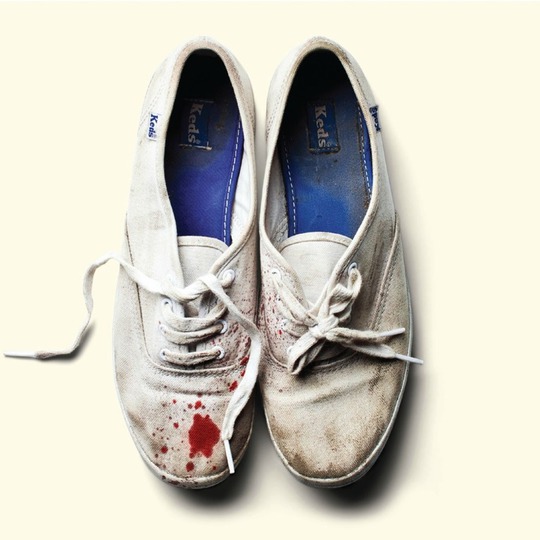 If the title doesn't tip you off, there's always the denim-heavy promo shots. And in case you still aren't sure, then fuck-off opener 'True Shred Guitar' should just about ram it home. Sleigh Bells have gone all bar-room metal. A timeworn trick-of-the-hipster-trade, guitarist Derek Miller and Annie-cribbing cooer Alexis Krauss are pulling the old 'dumb is the new ironic' routine, deployed by scores of urbanite know-it-alls from John Spencer Blues Explosion on down through Eagles Of Death Metal. And you don't get much dumber than the type of metal on parade here: the stomp-y goofball kind, custom-designed for good times, good beers and good buds.

Of course, you already knew all this; such was the tidal marketing push for Reign Of Terror in the month leading up to its release. What we didn’t figure on, however, is that the ostentatious Superdome heroics – the Van Halen phaser effects, the decadent harmonix - is actually misdirection from the real heart of the album. You wouldn't go as far as to say Reign Of Terror is mis-marketed. For the most part it's a battering ram; a bonafide kiss with filth. But scattered amongst the bloody valentines and the blaring noise-candy is what actually defines the tone of the album: a clutch of stellar indie pop ballads which carry in them a passive, introspective note of sorrow, inspired by Derek Miller's trip off the deep-end when, last year, his father died in a motorcycle accident.

'You Lost Me' is the most deflated it is possible for a song to sound when the Marshalls are turned up past 'atomic', while 'Leader of The Pack' is a synth-stroked whirl of J-Pop and reverbed crunch. 'DOA', meanwhile, is faded and detached; dreampop via slomo thrash metal, while 'Road To Hell', gliding on a palm-mute chug, tells of a dying love affair, the final product both hate-fuelled and crestfallen. Overall though, it's 'End of The Line' that triumphs, the album's loveliest track, and also its bleakest. Over a sherbety melody and chiming guitar, Krauss describes in harrowing detail what depression is really like, intoning with prozak sweetness, and ever so anxiously “I was faced to the wall / With the mirror crashing down”. After bidding a final farewell to the dearly departed, and at last the albatross that is bereavement, the song ends on a note of salvation, and liberation. It takes artistic integrity to sabotage such gorgeous melodies with lashings of aggressive noise, thus alienating vast swathes of your target teen market. But on the strength of the above tracks, the duo could make good money writing for rising pop poppets.

If the ballads are Miller's melancholy getting the better of him, then the ramped-up ballistica on show - what at first appears to be braindead party-rock – are his defiance in the face of adversity. He is the 'Comeback Kid' of the so-titled lead single, pep-talked by Krauss on what is the album's most epic three minutes: “You’ve gotta deal with it / why don’t you look around / show me what you’re made of / don’t turn around”. Sometimes it's the loudest guy at the party who has the heaviest heart.

If the picture forming is of some emo bastardisation of hard rock, then fear not, there's more than enough here to guarantee a brutal live performance when they tour the album. There's 'Comeback Kid', which gets satisfyingly hellacious at the midpoint, or 'Crush' and the woozy 'Born To Lose' , bludgeoning the listener with indomitable thrusts of downstroke. 'True Shred Guitar', meanwhile, is all devil signs and hiccuping beats. Then top of the heap stands 'Demons'. Making excellent use of Slayer-style double-kick beats, the attitude-riven centrepiece sees Krauss at her most shirty, sneering "You'll be taken down / brick-by-brick-by-brick."

Nicked, of course, from JAMC, the idea of mixing brutality and innocence is, granted, no volte-face for Sleigh Bells. But, unlike Treats,Reign Of Terror's bread and butter essentially amounts to bubblegum torch songs, only with eruptive effects bolstered on after the fact. 'Leader Of The Pack' especially so – basically a Sugababes lighter-aloft song with power electronics. Nevertheless, pretty noise hasn't sounded this good since Nineties Sonic Youth.

While the pop-metal overhaul seems like a natural progression for the duo, it's as much of a curse as a blessing. If Reign Of Terror is bigger than Treats, it's also more unwieldy, with the frenetic crunk stylings and punk sharpness of their debut sacrificed in service to slightly limiting stadium-rock arrangements. Whereas Treats was chopped and spat,Reign Of Terror galumphs like the proverbial leviathan it is. The needle has shifted from 'dance' to 'rock'.

It's all part of growing up, though. And in the process they've managed to keep it fun, rebellious and barbed. Moreover, the duo have put paid to accusations of superficiality, by rooting what remains a truly FUCK YEAH sound in a quiet acknowledgement that, sometimes, we tend to also feel a little fucked up. Did you know that Van Halen's 'Jump' was actually about the fear of being forgotten? It's possible Sleigh Bells did.